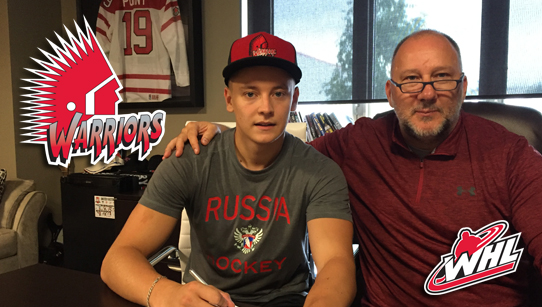 Zaitsev, 6’1”/185lbs, is from Togliatti, Russia and was selected 33rd overall by the Warriors during the 2016 CHL Import Draft.  He played last season with the Wilkes-Barre/Scranton Knights in the North American Hockey League (NAHL), in 53 games he had seven goals, 15 assists, 22 points, and 74 penalty minutes, and was named to the All-East Division Rookie Team.

Zaitsev competed for Russia at the 2016 IIHF World Under-18 Championships in April, in five games he recorded one assist.  He was selected in the 7th round, 207th overall, by the Washington Capitals at the 2016 NHL Entry Draft.