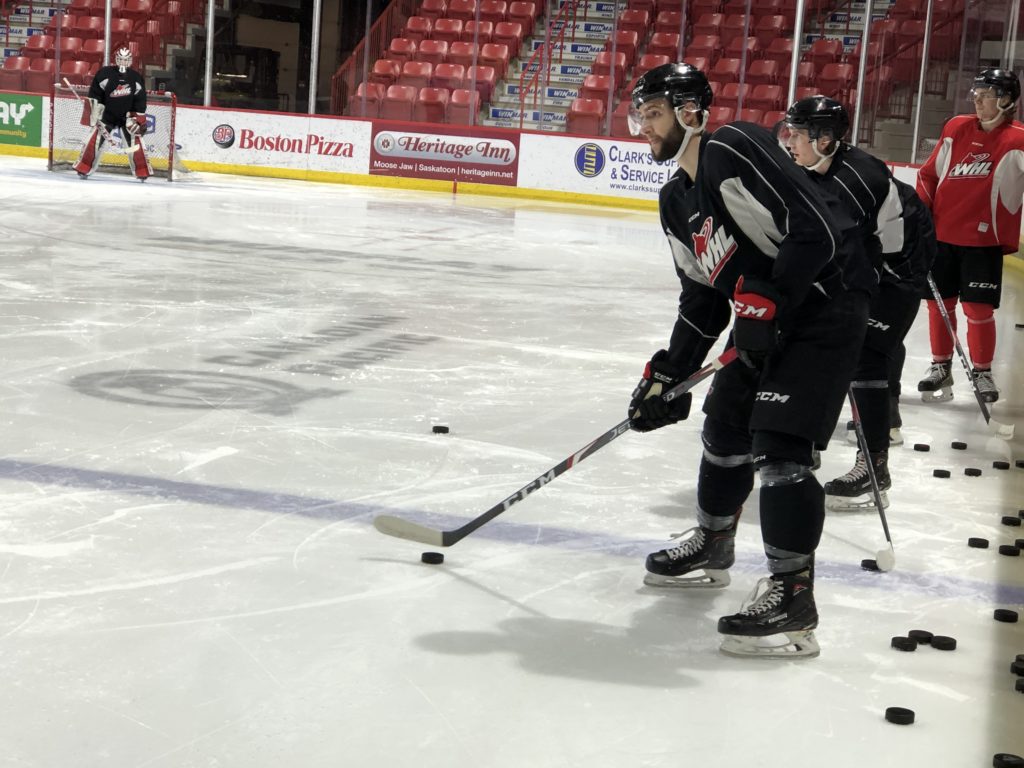 Since the start of the season, the Moose Jaw Warriors have been looking to add pieces to complement their young core of 11 17-year-olds on this year’s roster.

The Warriors continued to do that on Wednesday as they added 19-year-old defenceman Libor Zabransky in a trade with an East Division rival, the Saskatoon Blades.

“I’m super excited to be here and when I heard [about the trade], it’s a new chance for me,” Zabransky said. “We played them two weeks ago and I was just excited because I knew they were a really young group of players and a really good team, good coaching staff.”

Zabransky brings 123 games of WHL experience with him to the Warriors after suiting up 107 games for the Kelowna Rockets over the past two seasons.

He has one goal and six points in 16 games this season with the Blades.

“He’s a mature defenceman, he’s 19, he’s played a lot of hockey in the Western Hockey League, in North America, he speaks really good English, we like the way he moves the puck, he sees the ice really well, he’s a big body guy as well,” Warriors head coach Tim Hunter said.

The addition of Zabransky gives the Warriors two 19-year-old defencemen as he joins Matthew Benson. There are three 18-year-olds and four 17-year-olds make up the rest of Moose Jaw’s backend.

“We’re just looking for some maturity on our backend to help our young defencemen develop,” Hunter said.

“He’s been through the trials and tribulations of being a young hockey player, he was a 17-year-old like a group of our guys back there and he’s lived through what it’s like to learn your way through the Western Hockey League. He can share those experiences with our young guys.”

Zabransky has five goals and 34 points with the Rockets and Blades so far in his WHL career. The Brno, Czech Republic product sees himself as a two-way defenceman.

“I’m more about playing smart hockey, not like fighting people and all that stuff, but when it goes down, I can do whatever it takes to win,” Zabransky said.

Hunter added, “He moves the puck very well, we hope he can help one of our power-play groups and also on the penalty kill, he’s big body guy, he’s got a long reach and so we’re excited to add him to our group.”

The Warriors now have two Czech imports on their roster with David Homola acquired in a trade earlier this season.

Zabransky said having a fellow countryman is a bonus, “I can speak to him in our language, so it will be an easier process for me,” he said.

Hunter believes Zabransky will fit in well with the Warriors’ locker room after spending an hour-and-a-half talking with him on the drive from Saskatoon.

“Libor’s dad played in the NHL… so he’s familiar with that North American experience, he learned English in school so when he came over here, he’d make an easy transition for himself and he’s done a great job of that,” Hunter said.