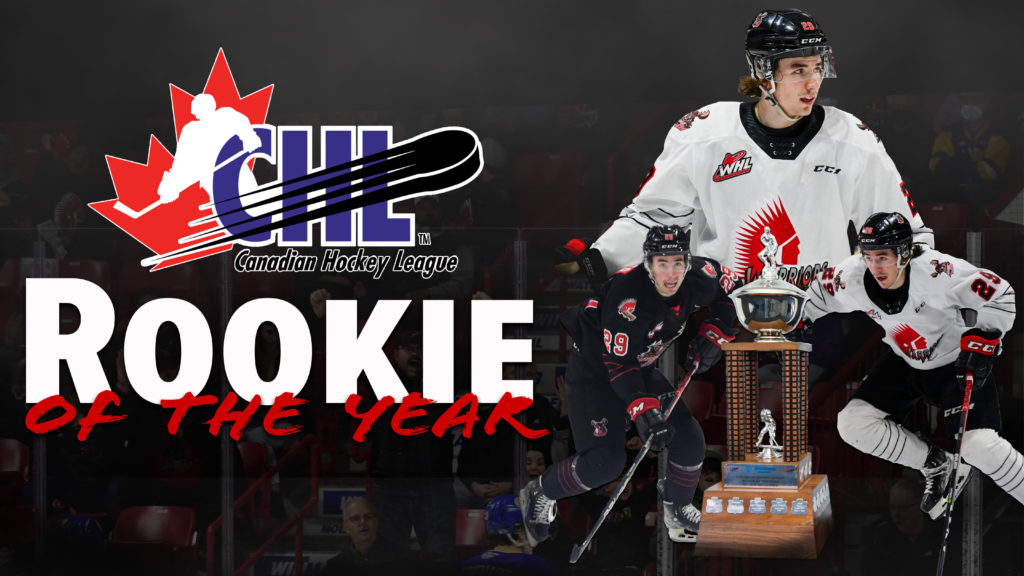 Brayden Yager was the best rookie in the Canadian Hockey League during the 2022-23 season.

The Moose Jaw Warriors forward was awarded the CHL Rookie of the Year award on Tuesday as part of the 2022 Memorial Cup week.

“This a great accomplishment for Brayden and the Warriors organization,” Warriors general manager Jason Ripplinger said. “From the time he came into the WHL, he was a highly-touted prospect and with his development he’s become a well-rounded, high skill player.”

Yager is the first player in franchise history to win the CHL’s Rookie of the Year award.

With 34 goals and 59 points as a rookie, Brayden Yager takes home CHL Rookie of the Year Award honours! #CHLAwards pic.twitter.com/yP7Q3rrbjL

Yager finished third among WHL rookies with 34 goals, which was second on the Warriors and set a new franchise record for most goals by a 16-year-old.

He added 25 assists for 59 points, which is the second-most in Warriors’ history by a 16-year-old, trailing only Theo Fleury.

Yager will be attending Canada’s under-18 selection camp next month.

The Warriors return to the ice for preseason action on Friday, Sept. 9 against the Swift Current Broncos. Get your season tickets today at the Warriors’ office, click here for more details.