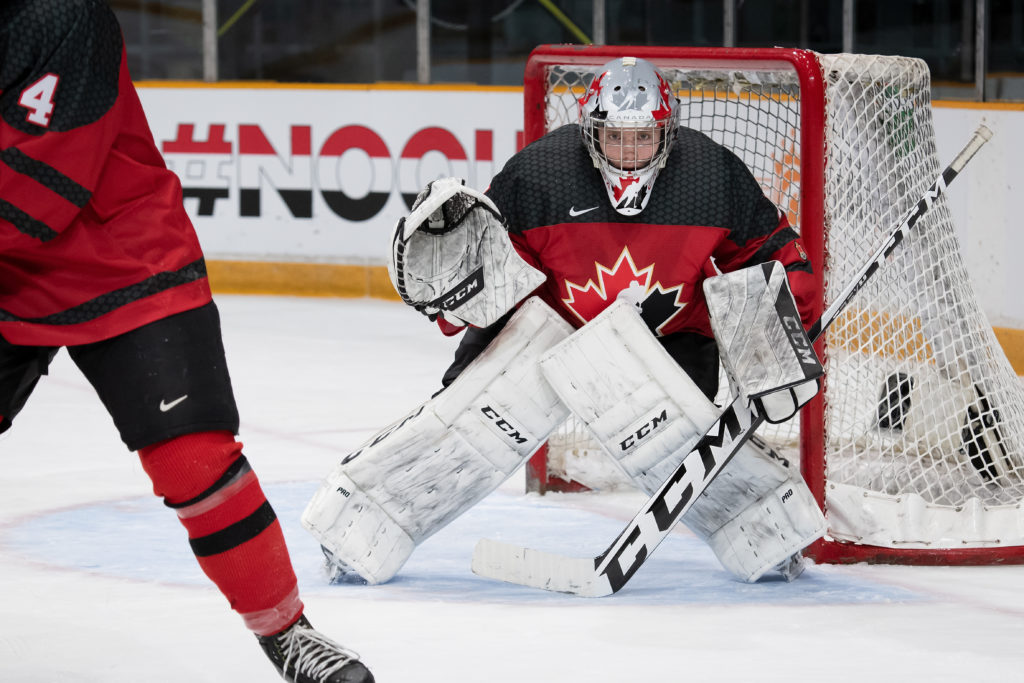 Brayden Yager had a goal and two points, while Jackson Unger made 31 saves to help Canada Red to a 6-2 win over Canada White in the semifinals at the 2021 Capital City Challenge.

He would then score shorthanded just 3:04 into the second period to put Canada Red in front 3-0.

Brayden Yager scores a shorthanded goal and finishes with two points in Canada Red’s 6-2 win over Canada White in the semifinal at the #CapitalCityChallenge.

Canada Red would add three more goals in the third period to cruise to their third straight win and into the gold medal game.

Unger stopped 31 out of 33 shots to put his save percentage at 0.952 and his goals against average at 1.33 through three games at the tournament.

Yager has four goals and six points in four games so far.