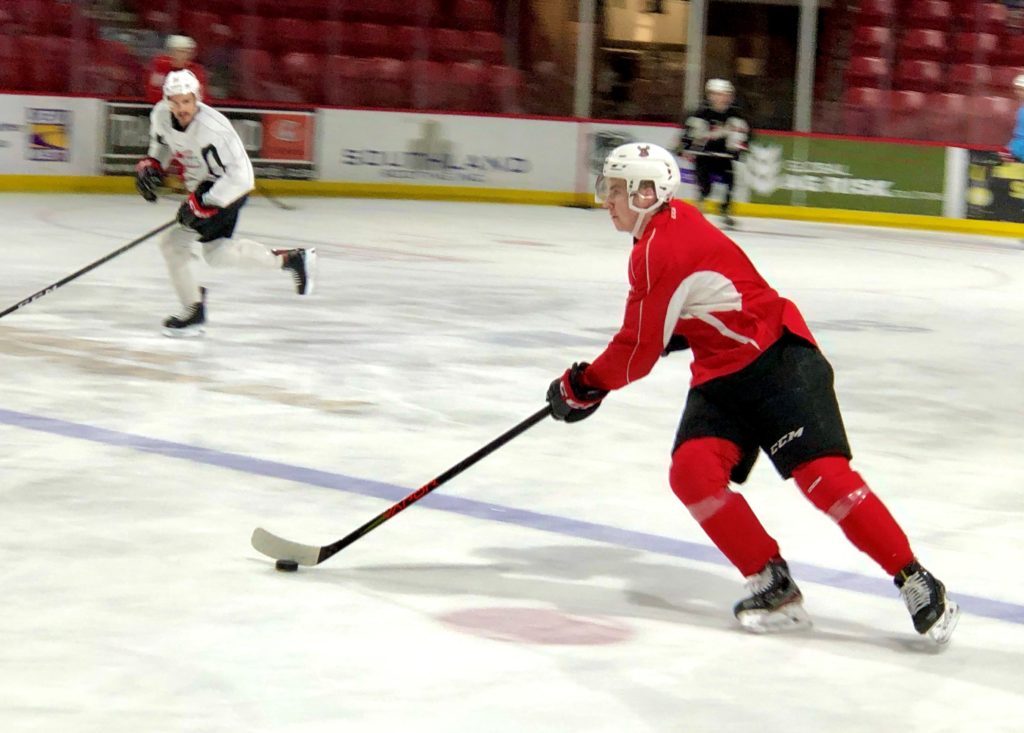 Garrett Wright scored just under a point per game in his final season before joining the Western Hockey League and now the 18-year-old forward is hoping a change of scenery can help him get back to his scoring ways.

“I’m very excited for an opportunity here and a fresh start,” Wright said after being acquired by the Moose Jaw Warriors in a deal with the Regina Pats on Monday.

Wright played 80 games with the Pats, posting seven goals and 18 points during his time in the Queen City.

The American forward is looking forward to moving into a more offensive system with Moose Jaw and hoping that is just what he needs to find his scoring touch again.

“Moose Jaw plays a little more offensive and my style of game compared to what I was playing in Regina,” he said. “It just fits better for me here than it was there and I’m really excited to get started.”

Wright was born in Belfast, Ireland, but grew up in Mesa, Arizona where he played in the Phoenix Jr. Coyotes system before making the jump over to the Anaheim Jr. Ducks 16U team for his final year before joining the Pats.

“I just like to contribute everywhere on the ice wherever I can, I’ve been a little shake-bitten this year, so hopefully I can break that,” Wright said.

“I’m a decent skater. My best quality is my hockey IQ, just making plays, that’s always been a strength of mine is just knowing when to make the play.”

As is the case with many American players, Wright was focused on playing college hockey growing, following in his father Jason’s footsteps after he played NCAA hockey with Michigan Tech.

Wright said a trip to Regina during the Memorial Cup changed his mind, “I fell in love with everything, decided that I didn’t want to go to college, I wanted to come here,” he said.

Wright has a connection to Moose Jaw as his great-grandparents lived in the Friendly City. He said he is still finding out about that, “They moved to Moose Jaw for farming or something, I don’t know much about it,” he said.

Now that’s here, Wright is hoping to make the most of his new opportunity when he suits up with the Warriors.

Wright and the Warriors will square off with the Tigers in Medicine Hat on Friday before he makes his home debut on Saturday when the Warriors take on the Calgary Hitmen.