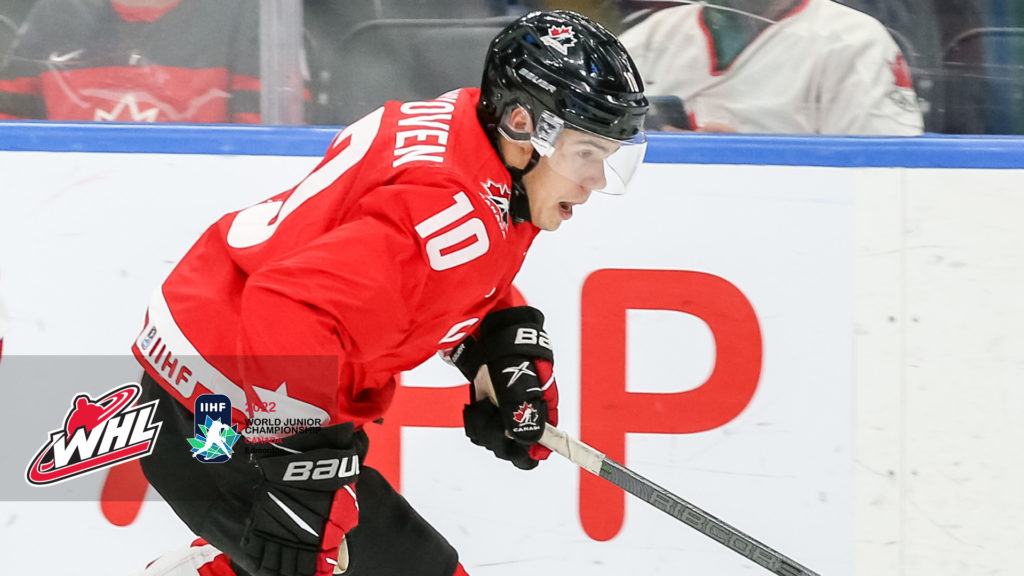 Here’s how the WHL players fared Saturday at the World Juniors.

Austria (0) vs. United States (7)
The United States is undefeated, too, following a 7-0 win Saturday in Group B play. The Americans outshot the Austrians 56-15.

Forward Luca Auer, who was selected by the Regina Pats in the 2022 CHL Import Draft, played just over 14 minutes for Austria.

Canada (5) vs. Czechia (1)
The Canadian side recovered from an early deficit to defeat Czechia 5-1. Stankoven, as mentioned above had two assists, the first of which came on the deciding goal at the 19:00 mark of the first period.

Greig cashed in with a power-play marker 4:48 into the second period to give Canada breathing room.

Connor Bedard (Regina Pats) extended his point streak to three games at the tournament, assisting on Mason McTavish’s second-period marker that extended the Canadian lead to 4-1.

Dylan Garand (Kamloops Blazers) turned aside 22 of 23 shots for Canada.

Germany (3) vs. Switzerland (2)
Former Spokane Chiefs forward Yannick Proske had three assists for Germany, while ex-Portland Winterhawks forward Simon Knak scored for the Swiss and was named his side’s Player of the Game.