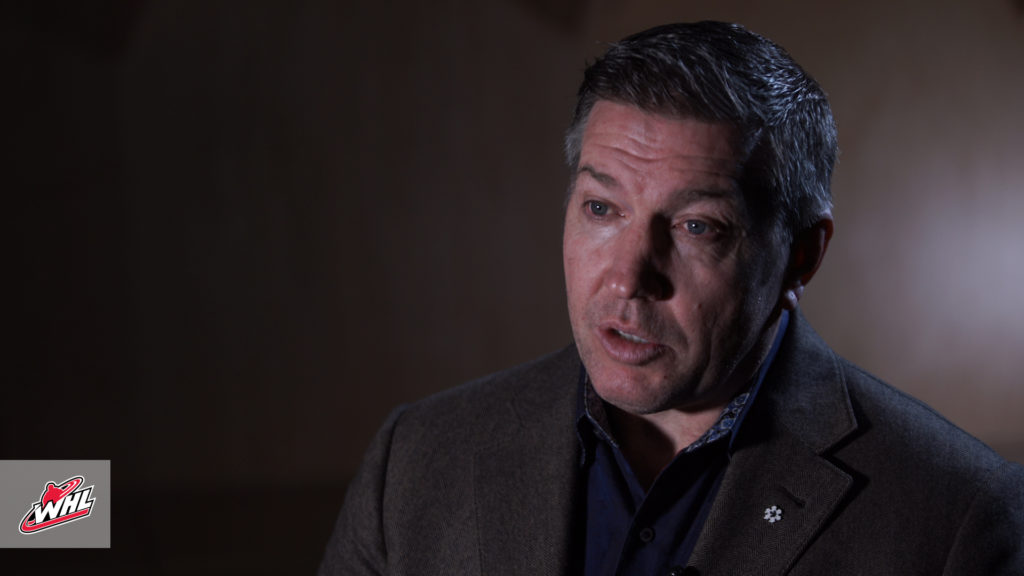 The accolades continue to pile up for WHL Alumni Sheldon Kennedy.

Kennedy, who was recognized with the WHL Governor’s Award in early May, will be inducted into Canada’s Sports Hall of Fame as a Builder for Ice Hockey.

“I’m very honoured to be receiving from Canada’s Sports Hall of Fame, the Order of Sport in Canada,” Kennedy said in an acceptance video on Wednesday. “I can’t tell you how surprised I was when I received the call that I would be inducted this year. I never set out in my life to part of a hall of fame of any sort, especially Canada’s Sports Hall of Fame, and receiving such a special award.

“When we first started talking about the issues of abuse, bullying, harassment, discrimination, we weren’t very welcomed in a lot of places, because these issues carried a lot of fear, and the unknown.

“I know that we have changed the way we look at these issues, not just in sport, but in society. We’ve taken steps to make sure that we are educating our members across this country, building a confidence to allow this conversation to happen.”

Kennedy suited up for the Swift Current Broncos from 1986 through 1989, captaining the Club to a WHL Championship and a Memorial Cup in 1989. Following a 310-game NHL career, Kennedy embarked on lifetime of service as an outstanding advocate for the empowerment of young athletes. A co-founder of the Respect Group Inc. with Wayne McNeil, Kennedy has been instrumental in the establishment of national programming to educate and empower athletes and sports leaders on the importance of respect.

Kennedy’s leadership has helped transform the game of hockey and sport throughout Canada. His efforts have helped foster collaborative efforts between governments at all levels and the private sector. Together, they’ve supported respect education initiatives while making improvements to abuse-related policies and laws.

These individuals were selected from over 260 public nominations and by a committee comprised of sports broadcasters, writers, academics, and athletes, all for their ability to lead and inspire both on and off the field of play, for their sports accomplishments and in recognition of their continuing role in building Canada through sport and the value they return to their communities.

“In these uncertain times, we are thrilled to be able to share a good news story and to have this remarkable group of people to induct into Canada’s Sports Hall of Fame next year,” said Cheryl Bernard, President and CEO, Canada’s Sports Hall of Fame. “We’ve never been more proud of our sports history, our sports champions, and their community spirit, and we are formally recognizing these athletes and builders for living and sharing sports values – Canada’s shared values; respect, equality, fairness and openness. We look forward to bringing Canada together in 2021 to celebrate this exceptional Class when we induct and award them with the Order of Sport for their beyond sport contributions to our country.”

Canada’s Sports Hall of Fame created the Order of Sport award to modernize recognition and reflect the growing cultural significance of sport to Canadians; one that connects Canada’s greatest sports champions to the greater good. The Order of Sport provides the stature and optics that refresh credentials and emboldens champions to step into the spotlight with new purpose.

“I think that it shows hope – hope for others.”

Sheldon Kennedy (@ShelKenn) explains what his induction in Canada’s Sports Hall of Fame means for others dealing with abuse and mental health issues.