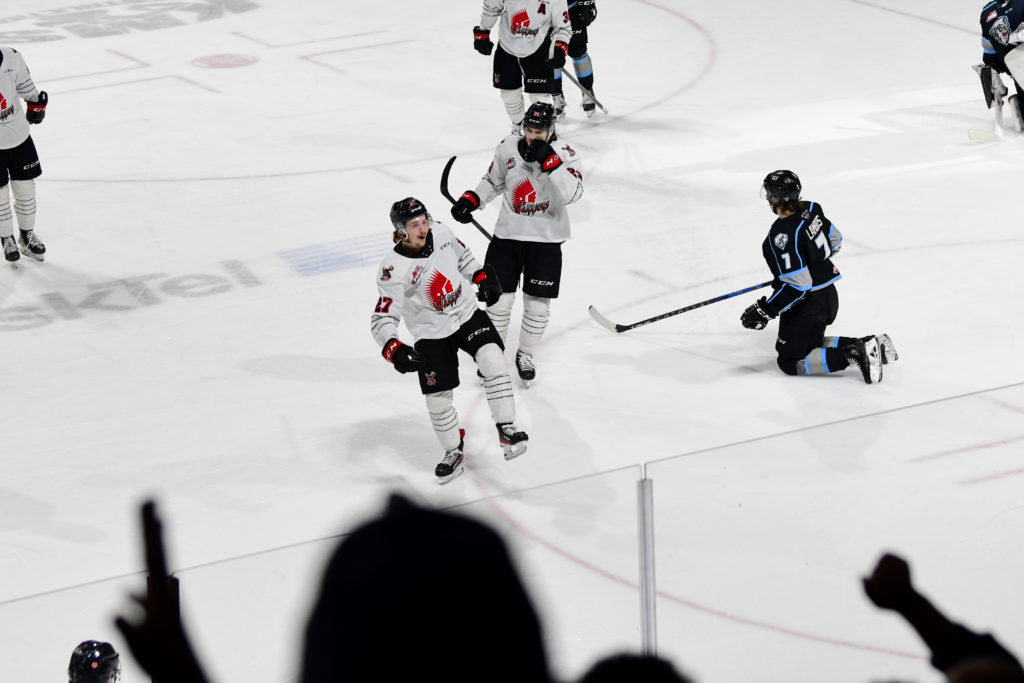 The Moose Jaw Warriors threw everything they had at the Winnipeg ICE in Game 4, but came up just short.

Winnipeg scored a 5-3 win over Moose Jaw at Mosaic Place on Wednesday night to take a 3-1 series lead in the second round matchup.

The series deficit doesn’t scare the Warriors, however, heading back to Winnipeg for Game 5 on Friday.

“We’ve proved people wrong all year,” Warriors forward Jagger Firkus said. “We’re a resilient group, we showed it all year and going into Winnipeg, we’re not going to change our mindset, we have to be hard on them, it’s do or die now.”

Firkus finished with two goals and three points in the loss. He also fired a game-high eight shots on net for the Warriors.

Korczak picked up three assists in the loss, while Jackson Unger made 26 saves in goal.

The Warriors outshot the ICE for the first time in the series, 33-31, and put pressure on them throughout the 60 minutes, but some turnovers ended up costing Moose Jaw in the end.

Winnipeg scored twice off turnovers and added a power play goal to secure the victory.

“We didn’t manage the puck right and then they made the plays they needed to make,” Burnett said.

The ICE opened the scoring late in the first period when Mikey Milne found room in the slot and scored with 3:32 left in the opening frame.

Firkus made sure the Warriors didn’t go into the intermission down as he took a pass from Ryder Korczak and ripped a shot over Daniel Hauser to tie the game with three seconds to go in the period.

Winnipeg took control on the scoreboard early in the second period when Jack Finley and Owen Pederson scored 35 seconds apart to make it 3-1.

Firkus struck back for the Warriors again, scoring his second of the night and sixth of the playoffs on Moose Jaw’s only power play of the game to cut the lead back down to one.

That momentum was short-lived though as only 29 seconds later, Matthew Savoie finished off a rush off a turnover to make it 4-2 after two.

Cole Muir gave the ICE some more breathing room 3:55 into the third period, but Majid Kaddoura tipped in a Firkus shot for his second of the playoffs to make it a two-goal game with just over eight minutes to play.

The Warriors pressured the ICE over those final eight minutes, but couldn’t push the puck over the line and took the loss.

“It was a good game, but it’s tough that we lost it and we’ve got to regroup and get ready for Winnipeg on Friday,” Firkus said.

“It’s a three-one series now, so it’s do or die. We have to put pucks deep and be hard on them, it’s not a choice anymore.”

The Warriors and ICE will meet for Game 5 on Friday night in Winnipeg.

If Moose Jaw pulls off the win, they will host Game 6 on Sunday afternoon at Mosaic Place.