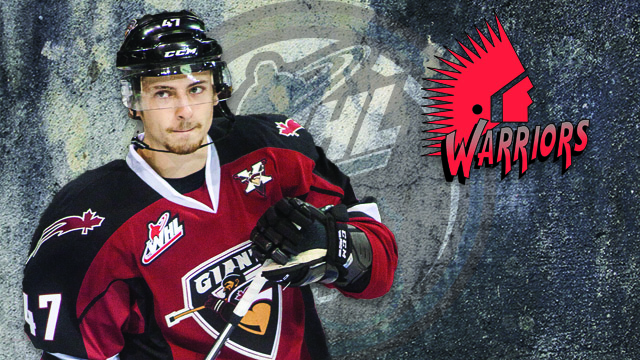 Thrower, 6’1 199lbs, is from Squamish, BC and was originally selected by the Calgary Hitmen in the second round of the 2011 WHL Bantam Draft.  In 40 games this season, Thrower has nine assists and 59 penalty minutes.  In four seasons in the WHL, Thrower has played in 211 games, picking up six goals, 34 points, and 279 penalty minutes.

Josh Thrower is expected to make his Moose Jaw Warriors debut Saturday at Mosaic Place against the Saskatoon Blades.