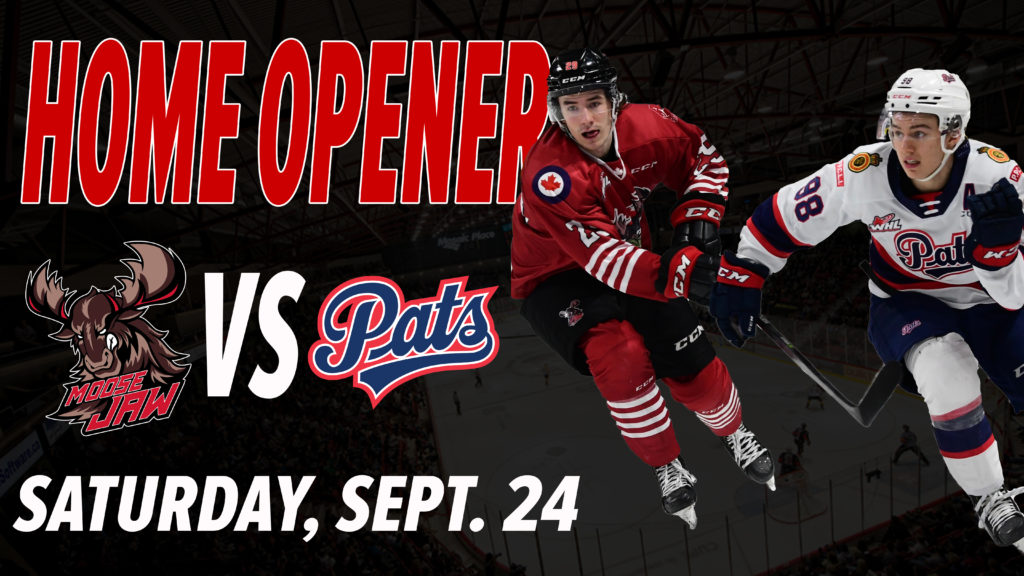 The Moose Jaw Warriors’ home schedule will kick-off with a Trans-Canada Clash at Mosaic Place on Saturday, Sept. 24.

The Warriors will host the Regina Pats to close out an opening weekend home-and-home series against their longtime rivals.

This will be just the third time since 1996-97 that the Warriors and Pats have kicked off the regular season against each other.

Last week, the Warriors announced their four-game preseason schedule. The full 2022-23 schedule will be announced in the coming weeks.

Single game tickets will go on sale at a later date.

Season tickets for the 2022-23 regular season are available now at the Warriors’ office and online at mjwarriors.ca.