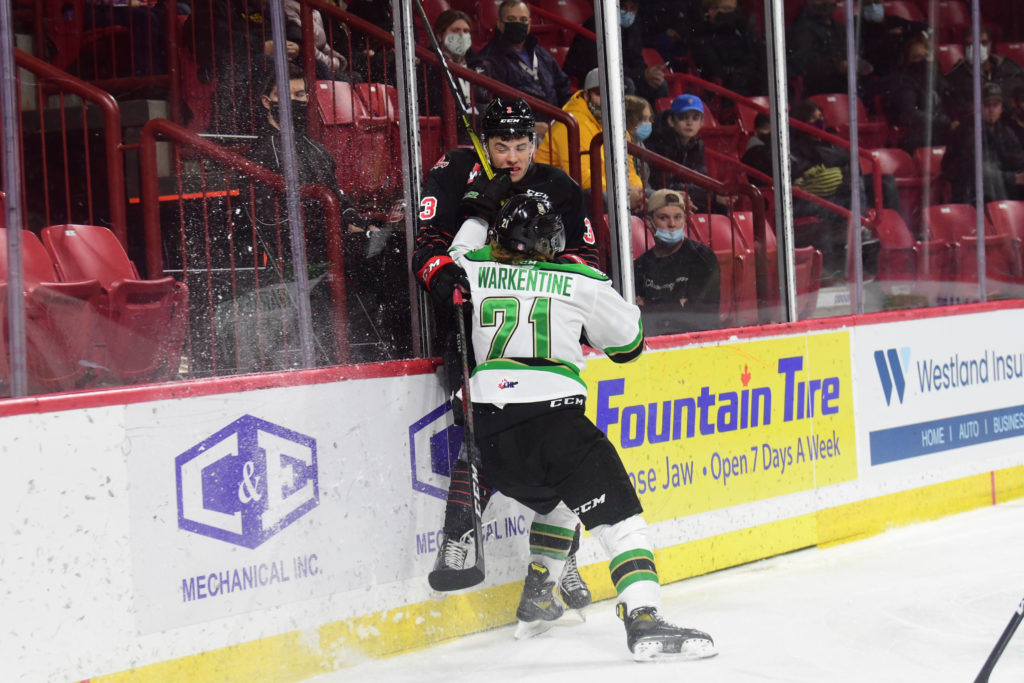 The Moose Jaw Warriors picked up power play goals from Daemon Hunt and Denton Mateychuk late in the third period, but it wasn’t enough as they fell 3-2 to the Prince Albert Raiders on Wednesday night at Mosaic Place.

After a scoreless first period, the Raiders built up a 3-0 lead in the second period.

Ozzy Wiesblatt got the Raiders on the board 4:12 into the second with his second of the season when he deflected a point shot by Kaiden Guhle.

Reece Vitelli made it 2-0 just over two minutes later with his third of the season.

Niall Crocker gave the Raiders a three-goal advantage heading into the third when he scored with just over six minutes left in the middle frame.

The Raiders held off the Warriors for much of the third period, but a five-minute major of goaltender interference to Sloan Stanick with 4:50 to play put the Warriors on the man advantage for the rest of the game.

Moose Jaw capitalized just three seconds into the power play when Hunt scored his third of the season on a wrist shot from the point.

Less than three minutes later, Mateychuk blasted home his first of the season to cut the Raiders’ lead to one, but Prince Albert wouldn’t allow the Warriors to find the equalizer in the dying moments of the game.

Carter Serhyenko made 20 saves to pick up the win for the Raiders, while Carl Tetachuk turned away 23 shots to suffer his first loss of the season.

The Warriors were 2-for-5 on the power play, while the Raiders scored on their only chance on the man advantage.

These two teams will meet for a rematch on Friday night in Prince Albert before the Warriors return home on Saturday to host the Saskatoon Blades to finish off a busy three games in four nights stretch. 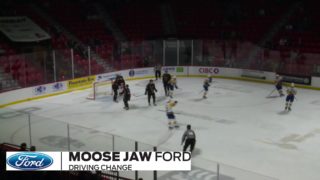 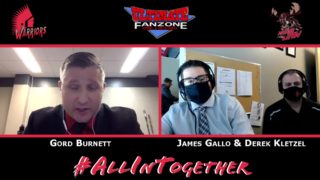 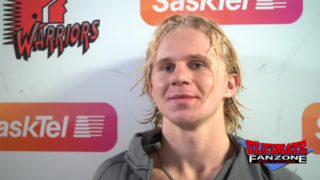 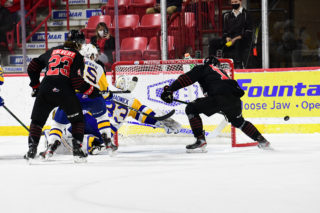 Warriors rally late, but fall to Blades on Saturday
24 hours ago 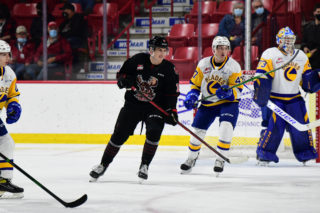 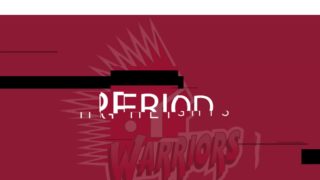