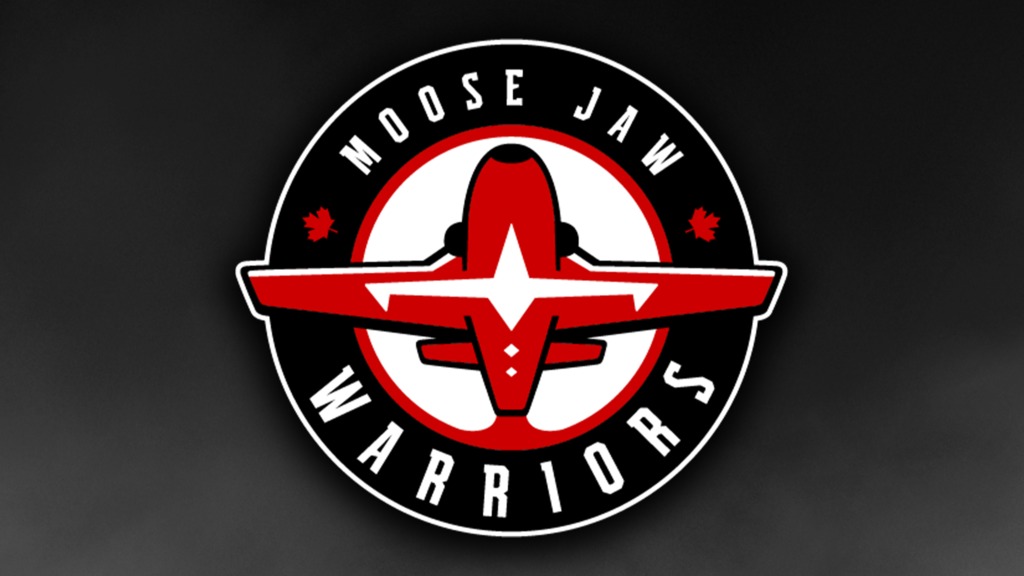 The Moose Jaw Warriors are excited to announce our new brand logo ahead of the 2022-23 Western Hockey League season.

“The Snowbirds conduct themselves with pride, leadership, and structure,” said Chad Taylor, Moose Jaw Warriors President and Governor. “Our team culture and the Snowbirds culture have grown together over the years to strengthen both organizations. The Moose Jaw Warriors are determined to provide an experience to its team and staff to make them all become better members in their future communities.”

The Warriors announced an official review of their primary logo on Oct. 1, 2020, which culminates with today’s announcement.

“As we move forward with a new era and logo, we need to remind ourselves that it is our responsibility to educate ourselves about Truth and Reconciliation for a better tomorrow,” said Taylor.

“The unveiling of the Snowbirds-inspired brand for the Moose Jaw Warriors represents the beginning of an exciting new chapter for the Club,” commented WHL Commissioner Ron Robison. “The Warriors have long been an important part of the fabric of Moose Jaw, and this new brand serves to further connect them to the community. I am confident that fans will embrace this new design when the Warriors hit the ice in September for the start of the WHL Regular Season.” 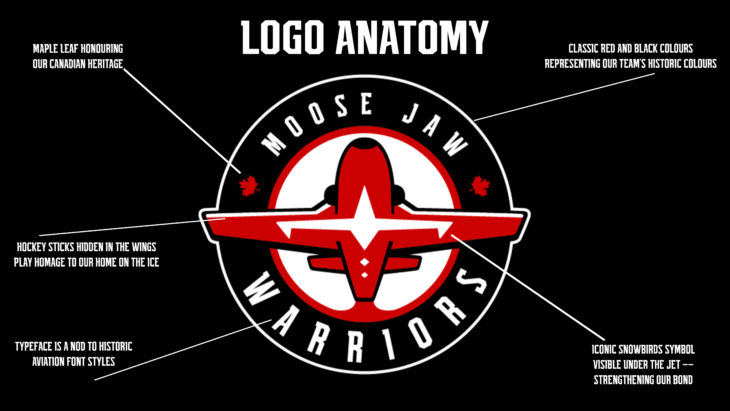 The new design is inspired by the organization and the community’s connection with the Royal Canadian Air Force (RCAF), 15 Wing Moose Jaw, and the Canadian Forces Snowbirds, 431 Air Demonstration Squadron.

The new logo features the iconic Snowbirds symbol, which can be seen on the underbelly of the CT-114 Tutor jet, the typeface is a nod to historic aviation font styles, and the inclusion of two (2) maple leafs.

The Warriors’ classic colours of black, red and white remain to continue the team’s legacy since moving to Moose Jaw in 1984.

The Warriors’ organization and Canadian Forces Snowbirds have built a close relationship over the past decade, which includes a “home-and-home” series each season. The event features members of the squadron going on the ice with the players for a scrimmage and the players also spending a day learning from the squadron, highlighted by a select group of individuals joining the air demonstration team in the air for a practice.

The Warriors have held an annual “Snowbirds Night” which featured special edition jerseys, the net proceeds from the jersey auction were donated to Support Our Troops.

In 2019, the Moose Jaw Warriors were officially appointed as members of the Honorary Snowbird Society, which is presented in recognition of outstanding personal contributions to the Canadian Forces Snowbirds. 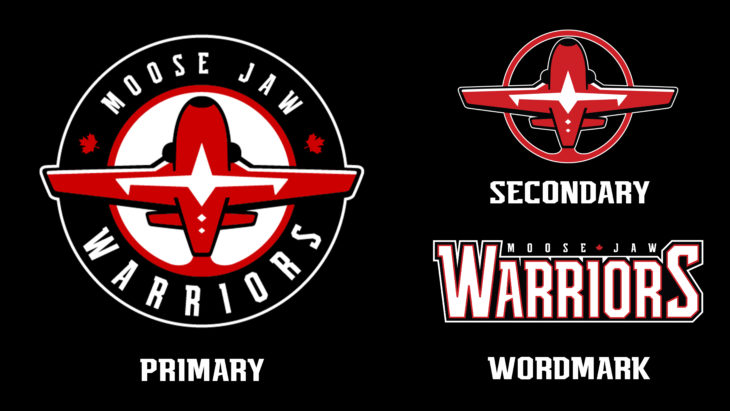 The new logo was created in collaboration with Rock & Bloom, a Saskatchewan-based brand studio that has made a career out of building relationships and creating brands for hundreds of clients across North America.