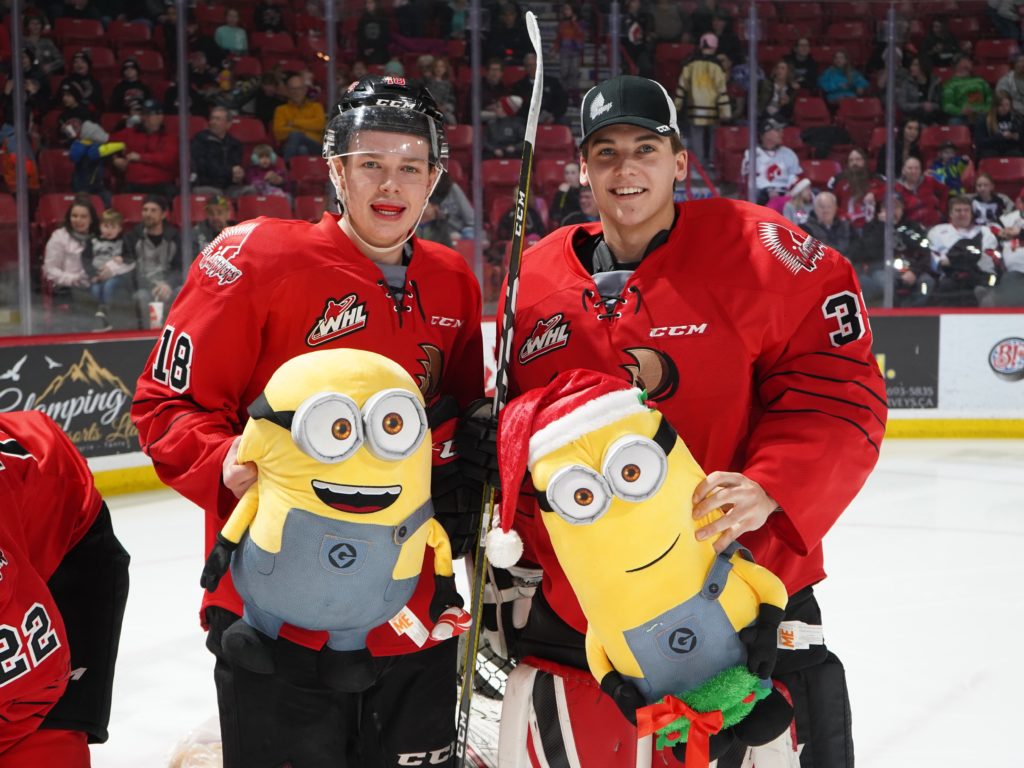 Get ready to let those bears fly on Saturday when the Moose Jaw Warriors host the Prince Albert Raiders at Mosaic Place.

The Warriors are preparing to host their annual ‘Teddy Bear and Toque Toss Night’ to kick off the holiday season.

“This is the one game where fans are allowed to throw something on the ice and get away with it,” Warriors director of business operations Corey Nyhagen said.

All the stuffed animals, as well as toques and mitts, that are thrown on the ice after the Warriors score their first goal of the game will be donated to the Salvation Army, who will get them to someone in need over the Christmas holidays.

“This night is very important for the organization,” Nyhagen said. “It’s very near and dear to our hearts because something that our organization takes pride in is everything we do is for our community. Our community is so supportive of us and we ensure that things we fundraise for stay right here in our community for people in need.”

Nyhagen added the Warriors’ fans come through in spades every year for the team on special nights like this one.

“We ask a lot of our fans throughout the season each and every year and they always come to the plate and help out, and they do that because they know that they’re helping people right here in our own community,” he said.

On ‘Teddy Bear and Toque Toss Night’, the Warriors ask fans to pack whatever they are planning to throw on the ice into a bag so that they stay clean.

“At the end of the day, these are going to children in need and this is ice that’s been skated on that could be dirty, so we encourage everybody to bring them bagged up, so they’re easier for the Salvation Army to distribute,” Nyhagen said.

While a lot of the focus is on throwing stuffed animals on the ice, the Warriors encourage fans to bring new toques, mitts and/or jackets that can be donated as well.

“The reality is there is a need,” Nyhagen said. “These are going to families that are in need during the holiday season, that doesn’t necessarily mean just a teddy bear under the tree, this could be something very important like a toque and mitts so we can help as many people as we can.”

Tristin Langan scored the Warriors’ Teddy Bear Toss goal each of the last two seasons and with his graduation, that means that there will be an opportunity for a new player to send the bears flying. Who will it be? Come out on Saturday night and see when the Warriors host the Raiders. Tickets are available here at mjwarriors.ca or the Mosaic Place Box Office.