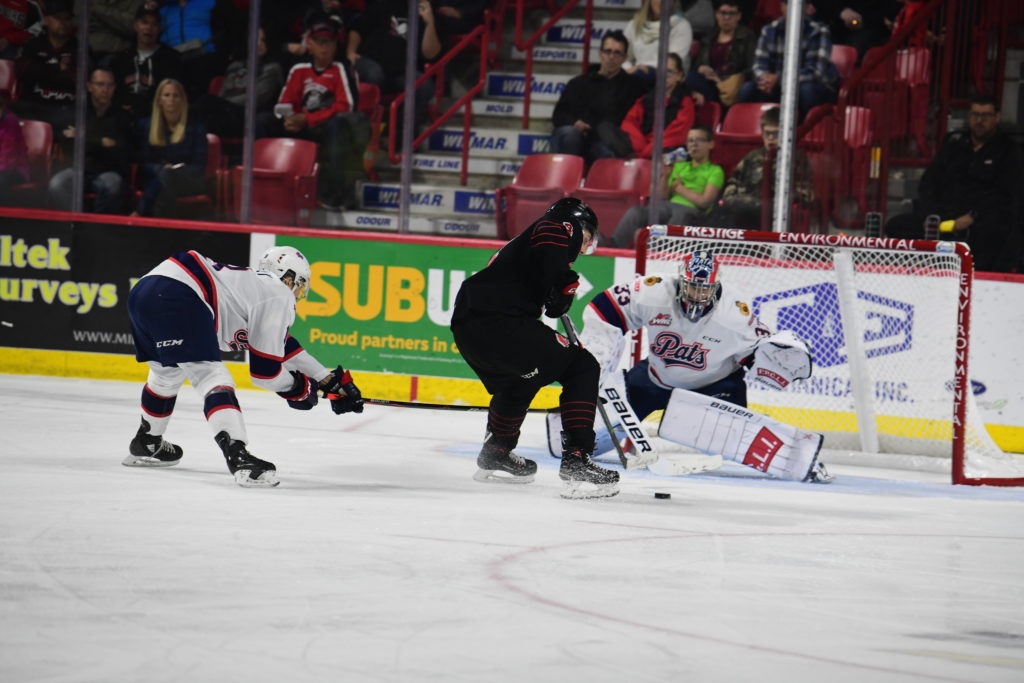 In their only game of the weekend, the Moose Jaw Warriors scored three goals in the first period and went on to beat the Regina Pats 3-0 Sunday at Mosaic Place.

Regina had a strong opening shift as they used a physical fore-check to pressure the Warriors inside their zone, but as the period rolled along, Moose Jaw started to find their legs and established a quick pace that led to a 12-1 advantage on the shot clock.

With the puck sliding across the Regina line and towards a Pats defenceman, Hardy checked the defender and stole the puck which led to a breakaway which he converted on, scoring his first of the year to give the Warriors a 1-0 lead.

Just past the midway point of the frame and working on a 4-on-3 power-play, Daemon Hunt slid the puck over to Carson Denomie on top of the left circle.  Denomie skated to the face-off dot and then put a shot past Max Paddock, his fourth of the year extended the Warriors lead.

With under three minutes left in the period, the Warriors tossed the puck towards the Regina left corner and then went on the fore-check.  Ryder Korczak worked the puck away from the Pats and made a short pass to 16-year-old Eric Alarie who fought his way to the top of the Regina crease and finished the rush with a backhand past Paddock to give Moose Jaw a 3-0 lead.

The second period saw the Pats outshoot the Warriors 11-3, but the Warriors held their ground and took their three-goal lead to the second intermission.

In the third period, both teams had chances to find the back of the net, combining for 17 shots, but neither was able to punch the puck over the goal line and the Warriors held on for the win.

Bailey Brkin made 19 saves for his second shutout of the season while Max Paddock made 22 saves for Regina.

The warriors open a three-game in four-day schedule Wednesday when they take on the Edmonton Oil Kings at Mosaic Place.  Friday the defending Western Conference Champion Vancouver Giants are in town, and then Saturday, the Warriors head to Prince Albert to take on the defending WHL Champions.

Tickets for Wednesday’s and Friday’s games are available at the Mosaic Place Box Office or at www.mjwarriors.ca. 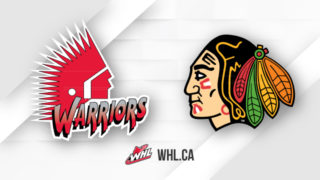 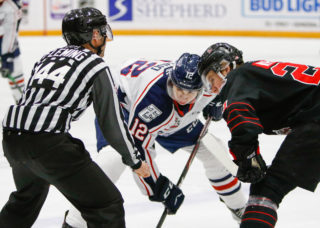 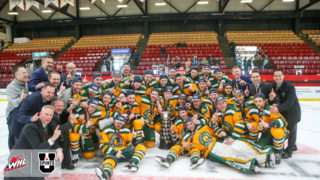 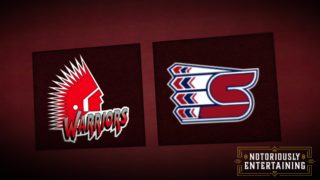