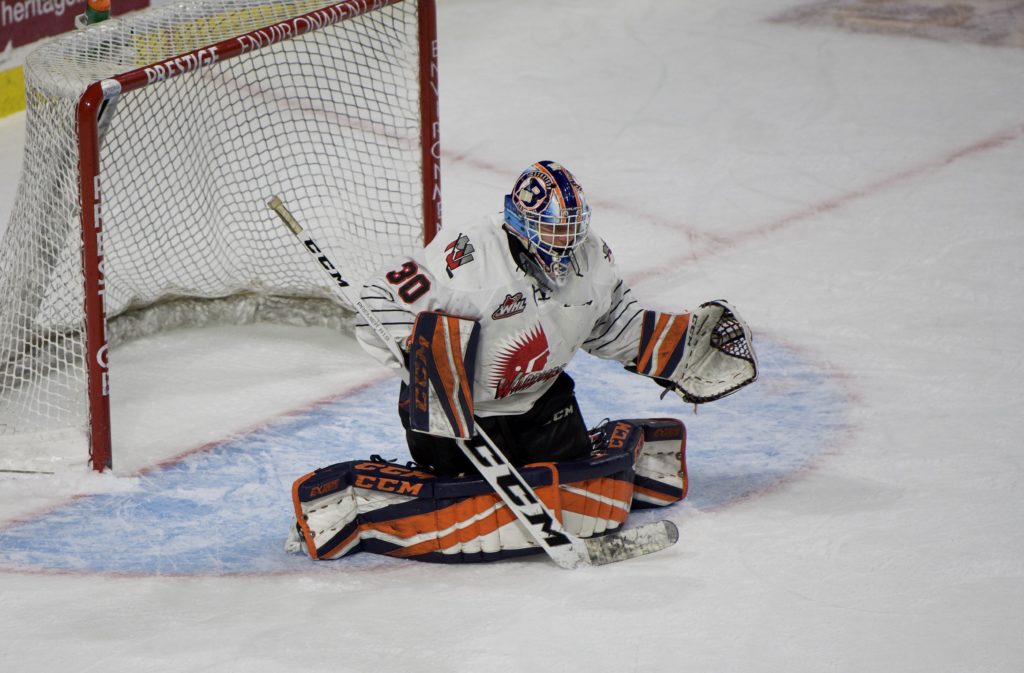 The Moose Jaw Warriors put 40 shots on the Saskatoon Blades net Saturday afternoon in Regina and picked up a 4-3 overtime pre-season win.

Throughout the first period, the teams established a quick pace as they rushed up and down the ice and fought for their scoring opportunities.

The teams combined for 22 shots in the opening frame but went into the intermission scoreless.

In the second period, the Warriors picked up the pace and were able to create a wealth of time inside the Saskatoon zone and led to a 17-2 advantage on the shot clock in the period.

With five and a half minutes left in the period, 18-year-old defenceman Matthew Sanders led a rush across the Saskatoon line and put a shot toward the net.

Yorkton product Ryder Korczak picked up the rebound on the left side of the Blades net and scored his first of the pre-season to give the Warriors a 1-0 lead.

59 seconds into the third period, Saskatoon forced the puck towards the Moose Jaw net where Tyler Ho smacked it in on a goalmouth scramble to tie the game one.

The Blades took the lead at 3:36 on a goal from Tristen Robins, but the Warriors answered back 29 seconds later with a goal from Eric Alarie to tie the game at two.

With under three minutes left in regulation, the Warriors landed on a power-play and they were able to capitalize.

Ryder Korczak and Eric Alarie grinded along the Saskatoon right boards and were able to move the puck to the slot for Cameron Sterling who buried his second of the pre-season to give Moose Jaw a 3-2 lead.

Saskatoon battled back shorthanded and got a goal from Ryan Hughes with 63 seconds left in regulation to tie the game at three and force overtime.

36 seconds into the extra period, 2018 1st round pick Eric Alarie controlled puck inside the Blades zone and worked his way to the high slot where he ripped a shot to the back of the net to end the game.

Alarie finished with two goals and four points, Ryder Korczak had a goal and three points, and 16-year-old goalie Brett Mirwald made 26 saves.

The guys will have the rest of the long weekend off, coming up next week they’ll take on the Prince Albert Raiders in a home-and-home series.  Wednesday the Warriors will head up to northern Saskatchewan and then the series shifts to Moose Jaw on Saturday.

Reminder to season ticket holders that your packages will be available for pick-up starting Tuesday at 10am at the Warriors Office.