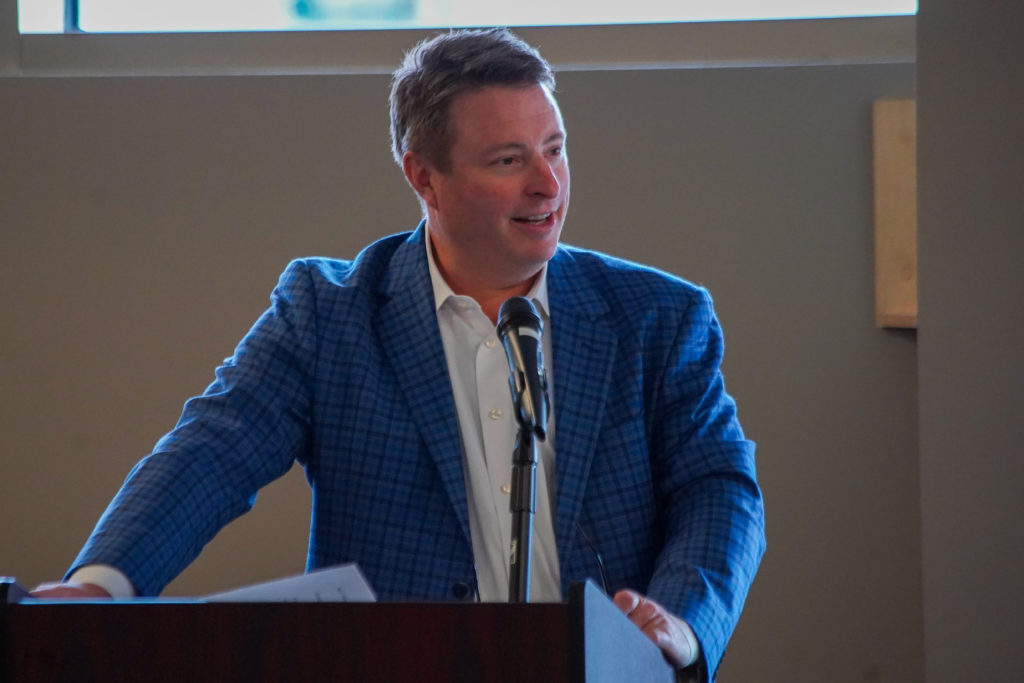 The Moose Jaw Warriors remain in a strong position financially, despite reporting a loss during the 2021-22 season.

“We still had lots of challenges getting through the pandemic last year, it effected our season ticket sales, our walk-up ticket sales, so there were challenges and there are going to be challenges moving forward this year as well,” Warriors president and governor Chad Taylor said.

The Warriors hosted the organization’s annual general meeting on Tuesday and reported a $106,719 loss from the past season.

The loss came despite paying $166,450 in rent and $419,343 in a split of signage, suite and club seats and community rink profits with the Moose Jaw Events Centre and City of Moose Jaw.

To date, the Warriors have also made eight of 10 payments in the organization’s multiplex pledge commitment, which totals $2.1-million.

“Our balance sheets are still strong,” Taylor said. “We have some challenges moving forward, inflationary costs are going up, which affects our expenditures and the stuff we need to do to generate revenue.

“We have to stay focused on the bottom line and make sure that we’re spending money where we need to and find efficiencies where we can.”

A bright spot for the organization remains the Warriors’ alumni golf tournament and last year’s horseshoe tournament, which over the past decade has raised over $1-million.

Taylor said that is a big boost for the franchise.

“When you look at the Education Fund, it’s about a million dollar liability, so for us to be in the situation we are and have some good cash flow in there for past players,” he said. “We have a great organization that does a fabulous job raising money, so that’s the fun part of this.

“Our Education Fund is in good hands.”

During the 2022 AGM, Kelvin Bradford and Scott Wray were re-elected to the team’s board, while Troy Williams was elected for the first time.

While the past year has been challenging off the ice, Taylor said the outlook on the ice is extremely position this season, which in turn could help the organization’s bottom line.

“Everybody I walk by tells me we sure have a good team on paper, so it’s going to be exciting and I hope the team can fulfill its expectations this year,” he said. “We have a good coaching staff, we have some players developing and the next 24 months are going to be fun for Moose Jaw.”

The Warriors open the 2022-23 regular season coming up on Friday in Regina against the Pats. The two teams finish their opening weekend home-and-home set on Saturday at the Moose Jaw Events Centre. Tickets are available now, click here.