Warriors hold off Pats for one-goal win on Friday 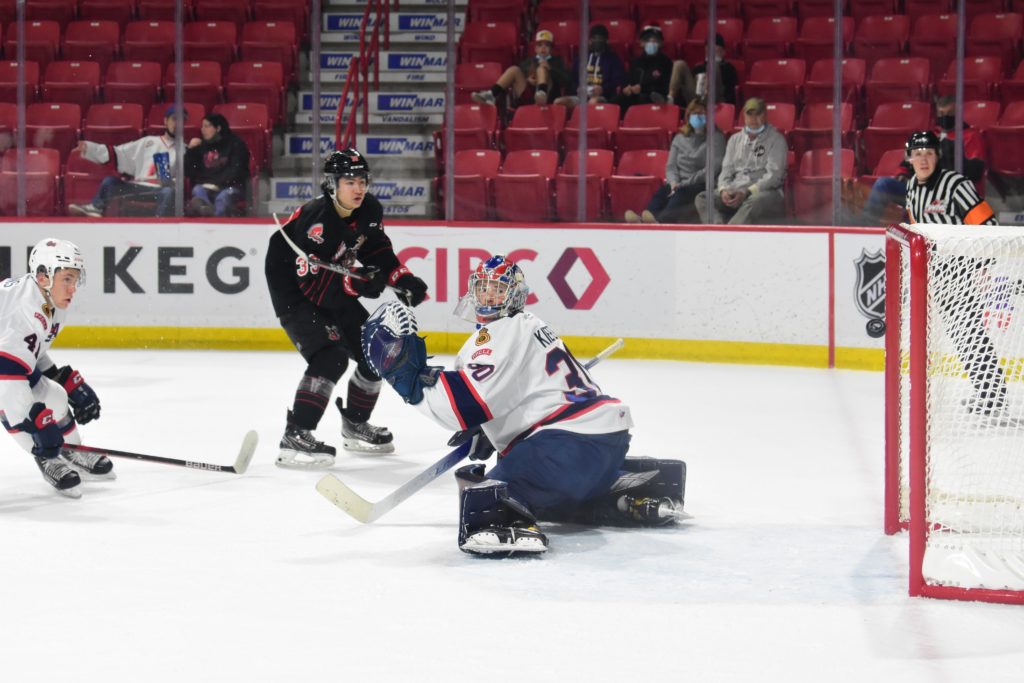 Cade Hayes scored twice in the first period to power the Moose Jaw Warriors to a 3-2 win over the Regina Pats at Mosaic Place on Friday night.

Matthew Gallant scored the game-winner for the Warriors, potting his first Western Hockey League goal late in the second period to put Moose Jaw in front by one.

The Warriors held off a push from the Pats in the third period thanks to some massive saves from goalie Carl Tetachuk, who finished 24 saves in the victory.

The first period was controlled by the Warriors as they outshot the Pats 15-5.

Hayes opened the scoring with his first of the season, banging in a rebound in front of the net on the power play midway through the opening frame.

Cade Hayes (@cadehayes14) gets his first of the season.

Regina found some momentum late in the period and capitalized with a power play goal from captain Logan Nijhoff with 55 seconds left in period.

The Warriors would respond before the period was over though as Hayes roofed his second of the frame to make it a 2-1 game through 20.

Cade Hayes (@cadehayes14) finishes off a give-and-go for his second of the night and the Warriors lead 2-1 after one.

The Pats came out strong to start the second period and evened up the game on a point shot from Ryker Evans for their second power play goal of the game.

Gallant made sure the Warriors went into the second intermission with the lead as went upstairs on Matthew Kieper to give Moose Jaw a 3-2 advantage after two.

Matthew Gallant's first WHL goal is a beauty to put the Warriors in front 3-2!

The Pats couldn’t find the equalizer in the final frame as the Warriors picked up the win.

Moose Jaw ended up outshooting Regina 35-26 in the win. The Warriors finished 1-for-8 on the power play and 2-for-4 on the penalty kill.

The Warriors get the long weekend off, but return to the ice for three games next week, starting with a home date against the Prince Albert Raiders on Wednesday night.