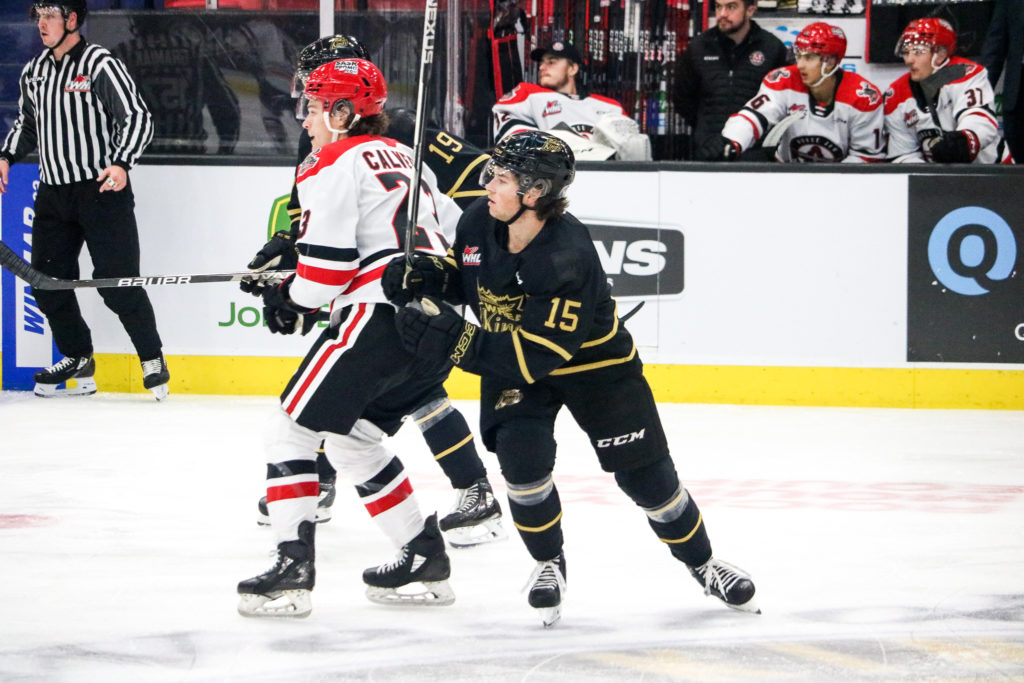 Sluggish starts to each period hurt the Moose Jaw Warriors on Saturday night in Brandon.

The Warriors gave up goals in the first five minutes of each period and lost 4-1 to the Wheat Kings at Westoba Place.

“Brandon put a good game together, credit them, they were sitting here waiting and they were ready to rock and they made it hard on us all night,” Warriors assistant coach Scott King said.

“It’s early in the season, a lot of guys just coming back from camps, so we’ll be better as we move along here.”

The Warriors outshot the Wheat Kings throughout the game, finishing with a 35-25 advantage on the shot clock, but despite a lot of pressure, they couldn’t beat Brandon goalie Carson Bjarnason more than one.

“We’re generating enough chances to win, just have to bear down and capitalize.”

16-year-old defenceman Marek Howell had the only goal for the Warriors, scoring 8:10 into the second period to cut Brandon’s lead to 2-1.

King said the Warriors got some strong pressure from the young line throughout the game.

“I thought they were one of our most consistent lines, anytime they were out there, they played with energy, they played to their strengths, they managed the puck well and ate up some zone time,” he said. “Their grinding helped create a goal, so can’t ask for more from those guys.”

After the goal, the Warriors had opportunities to tie the game, but couldn’t finish them off.

The Wheat Kings scored a pair of goals early in the third period to pull away for good.

Former Warriors forward Calder Anderson had a goal and two points, scoring early in the second period, while Jake Chiasson finished with a goal and three points for Brandon.

Charlie Elick opened the scoring for the Wheat Kings, beating Jackson Unger just 3:23 into the game.

Unger finished with 21 saves in the loss.

The Warriors will have a busy week ahead as they host the Saskatoon Blades on Wednesday night at the Moose Jaw Events Centre.

After that, Winnipeg is in town on Saturday and then Moose Jaw travels into the Bridge City to face the Blades next Sunday afternoon.