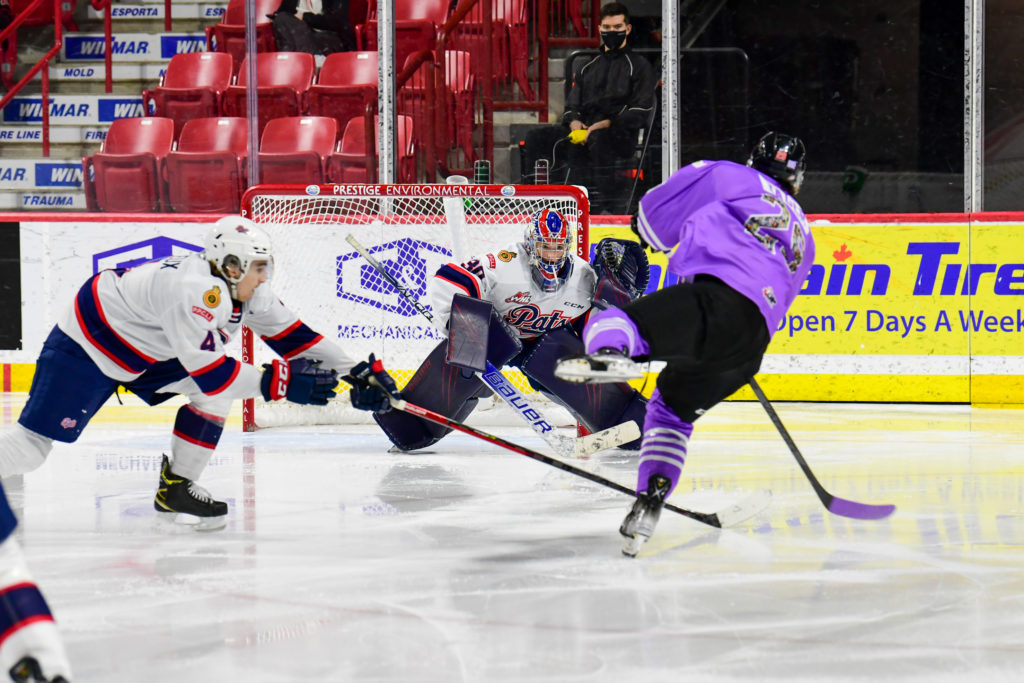 Logan Doust and Brayden Yager scored for the Warriors, while Carl Tetachuk made 30 stops in the loss.

The Pats jumped out to an early lead when Logan Nijhoff scored his fifth of the season just 56 seconds into the game.

Regina took a 2-0 lead on Borya Valis’ second of the season late in the first period.

Doust got the Warriors on the board midway through the second period when he finished off a great feed from Martin Rysavy on an odd man rush.

Trailing by one heading into the third period, the Warriors received a big spark when Brayden Yager streaked down the wing and roofed a shot over Kieper’s glove for his 10th of the season.

The tie game didn’t last long as Tanner Howe scored a power play goal to retake the lead for good.

Cole Carrier sealed the win for the Pats with an empty net goal.

Moose Jaw went 0-for-4 on the power play and 2-for-3 on the penalty kill in the loss.

The Warriors return to the ice on Wednesday night with a trip up to Prince Albert and then take on the Swift Current Broncos in a home-and-home series next weekend.