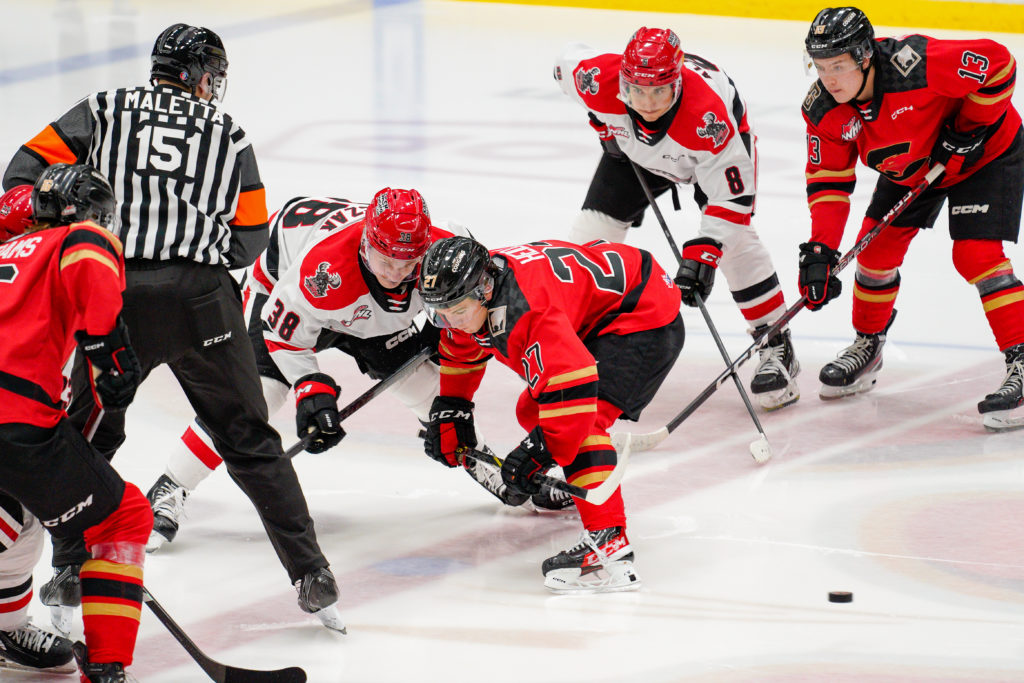 Moose Jaw opened it’s seven-game road trip with a 5-2 loss to the Cougars.

“Couldn’t have asked for a better start, I thought the first period, we were real good, a lot of good looks, left a lot on the table,” Warriors assistant coach Scott King.

“We didn’t generate any kind of zone time [over the final 40 minutes] and credit to them, they came out with a lot more energy.”

Ryder Korczak opened the scoring for the Warriors just 3:56 into the game and then Lucas Brenton followed it up at 10:21 to make it 2-0 for Moose Jaw.

It was both players’ first goals of the season and kicked off the road trip on a high note.

Korczak finished with two points on the night and now has five points in three games since returning to the Warriors’ lineup.

“We were around the puck, the second guy was there and we were creating zone time,” King said. “If we kept that up for three periods, I don’t think it would have been close.”

Caden Brown struck back for the Cougars with two goals in the final four minutes to tie the game after one.

Prince George fired 24 shots on Moose Jaw’s net during the second period, but Warriors goalie Connor Ungar stopped them all to send the game tied heading into the third period.

The Cougars struck early in the third to take the lead on Chase Wheatcroft’s goal with 2:14 gone in the frame.

Riley Heidt put the Cougars up by two just 6:17 later.

Noah Boyko sealed the win for Prince George with goal off a face-off with just 2:26 to play.

“It’s a long trip, can’t dwell on one game,” King said. “We need to play a lot like we did in the first period.”

Moose Jaw got two power play chances in the third period, going 0-for-2, while finishing 2-for-3 on the penalty kill.

With an assist on Brenton’s first period goal, Jagger Firkus extended his point streak to 15 games with 10 goals and 21 points over that stretch.

The Warriors return to the ice on Friday in Prince George.