Warriors down Rebels, Evanoff solid in his return to the lineup 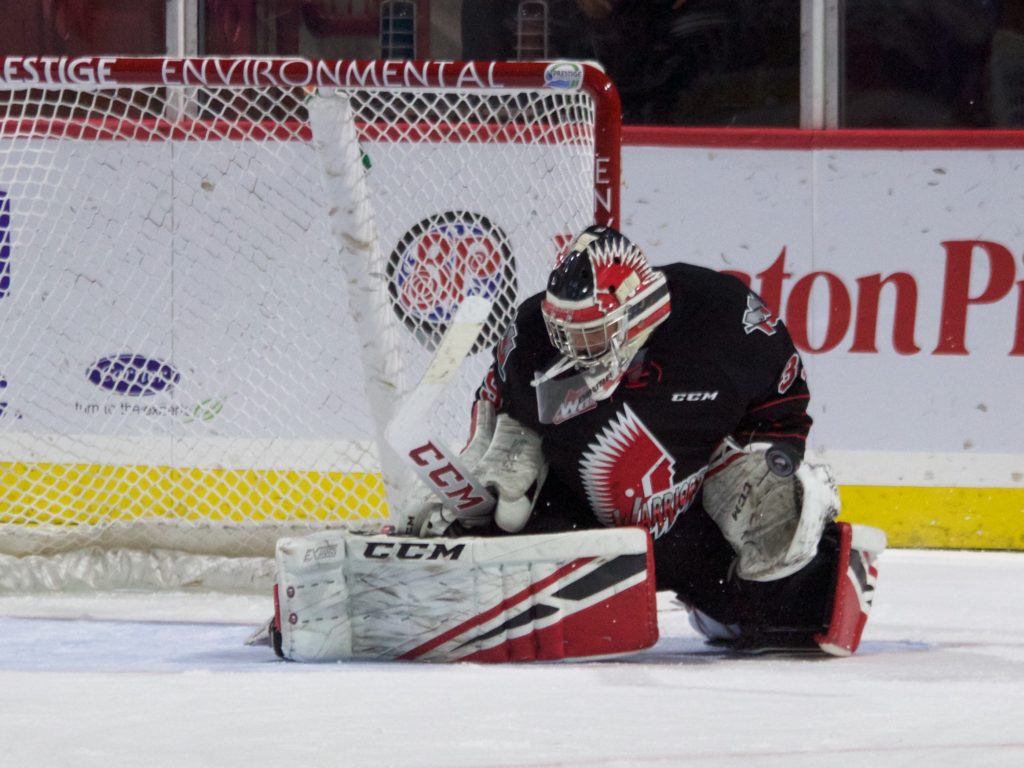 Brayden Tracey and Ryder Korczak combined for four goals and eight points and Adam Evanoff was stellar in his return to the lineup as the Moose Jaw Warriors opened their weekend with a 5-2 win over the Red Deer Rebels at Mosaic Place.

The first period was fast and physical.

As expected, the Rebels finished all their checks and looked to set a physical tone.  To the Warriors credit, they did not back down from Red Deer and responded with plenty of noticeable hits of their own.

94 seconds into the second period, the Warriors broke up the scoreless tie.

Eric Alarie broke up several Rebels clearing attempts to keep the Warriors on the attack.  Moose Jaw was able to push the puck to Brayden Tracey at the bottom of the left circle where he scored his fifth of the season.

Just over two minutes later and with the Warriors on the power-play, Tracey again had the puck inside the left circle, and once again he was able to put a shot through goalie Ethan Anders.

Red Deer had two power-plays in the period to attack the Warriors net but Moose Jaw pushed back and kept them off the scoreboard.

With six minutes left in the period, Matthew Benson let a shot go from the right blue line that snuck through traffic and beat Anders to give the Warriors a 3-0 lead.

Moose Jaw added to their lead just over a minute into the third period while on the power-play.

With the puck bouncing around the Red Deer crease, Brayden Tracey knocked in his third of the night to give Moose Jaw a 4-0 lead.

In a hole, the Rebels responded quickly as they picked up their physical game and went on the attack.

Under a minute later after the Warriors goal, Chris Douglas scored to get Red Deer on the board.  Douglas thought he had scored another goal 16 seconds later, but it was called off due to incidental contact on the Warriors goalie.

Moose Jaw product Jaxsen Wiebe was able to get the Rebels to within two with a power-play for Red Deer at 5:47.

Red Deer had two late power-plays to try and claw back into the game but the Warriors penalty kill, led by goalie Adam Evanoff, dug in and kept the Rebels off the scoreboard.  Moose Jaw put the game away inside the final two minutes of regulation when Tracey scored an empty-net goal.

Brayden Tracey led the Warriors with four goals, Ryder Korczak picked up four assists, and Adam Evanoff made 36 saves in his season debut.

The Warriors are back in action Saturday at Mosaic Place when they take on the East Division-leading Prince Albert Raiders.