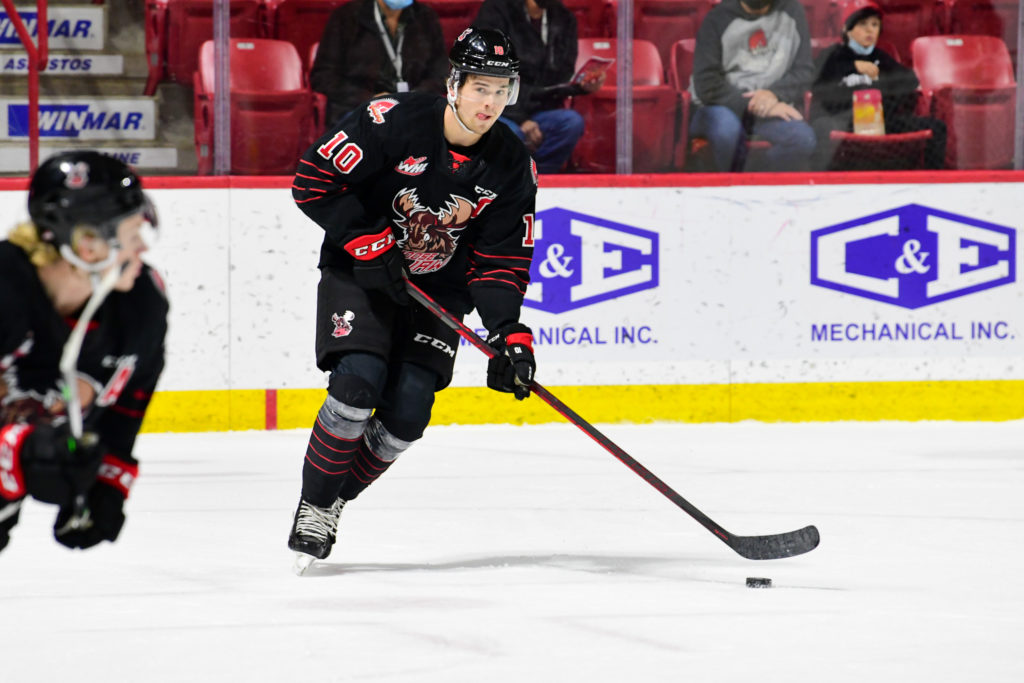 When the Moose Jaw Warriors returned to the ice on Monday, there was a familiar face back with the team after its week-long pause of team activities due to COVID-19 protocols.

Warriors captain Daemon Hunt was back at practice for the first time in close to a month.

“Obviously, it’s great to be back here, Moose Jaw is my second home,” Hunt said after practice.

Hunt was injured at Canada’s World Junior selection camp last month, which has kept him out of the lineup since.

It was second straight World Junior camp that ended with Hunt not making the team because of injury.

The Minnesota Wild third round pick said it was an unfortunate injury, but he used the time away from the rink to better himself.

“I’m not going to sit here and pout for myself,” Hunt said. “There’s a lot of mental battles and I can sit around and make people feel bad for me, but that’s not how you get better.

“When an injury like this happens, there’s a lot of areas you can develop and I was in the gym a lot working on my legs and doing a lot of cardio.” 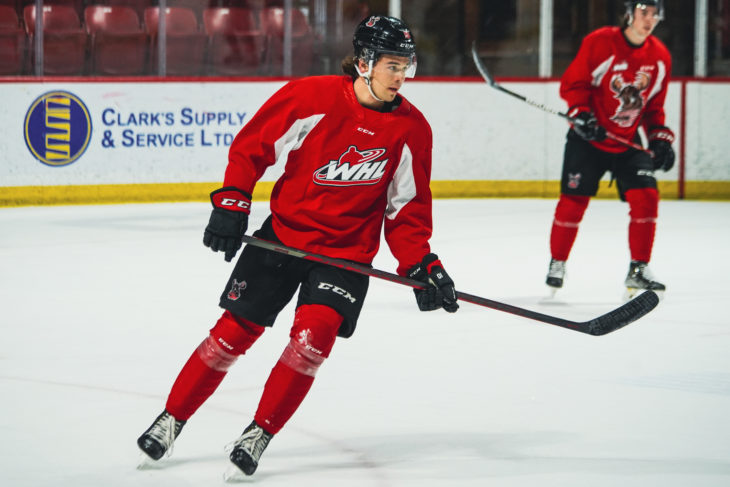 Now that he’s back with the Warriors, Hunt is ready to push with the team for a playoff spot in the second half.

“We’re a contender, we can beat anybody in the league, so it starts with hard work and from there, our skill takes over,” he said.

At the midway point of the season, the Warriors have a 16-14-3-1 record, which puts them in a tie with the Saskatoon Blades for fourth place in the Eastern Conference.

Before last week’s pause, the Warriors had collected points in four straight games.

Hunt said the team has been playing great in his absence.

“I’ve been proud of the guys,” he said. “Some guys needed to step up, which they did and some guys got their first goals while I was away, so that’s always good to see that.”

When Hunt left for the Team Canada camp, he was among the league’s top scoring defencemen with nine goals and 16 points in 22 games this season.

He said he needed to knock some rust off in his first practice back.

“I haven’t been on the ice for about a month now, so the lungs are heavy and the legs are bit slow, but everyday I’ll get better and looking forward to this weekend,” Hunt said.

The Warriors are schedule to play their first game in 13 days when they host the Medicine Hat Tigers at Mosaic Place on Friday night.