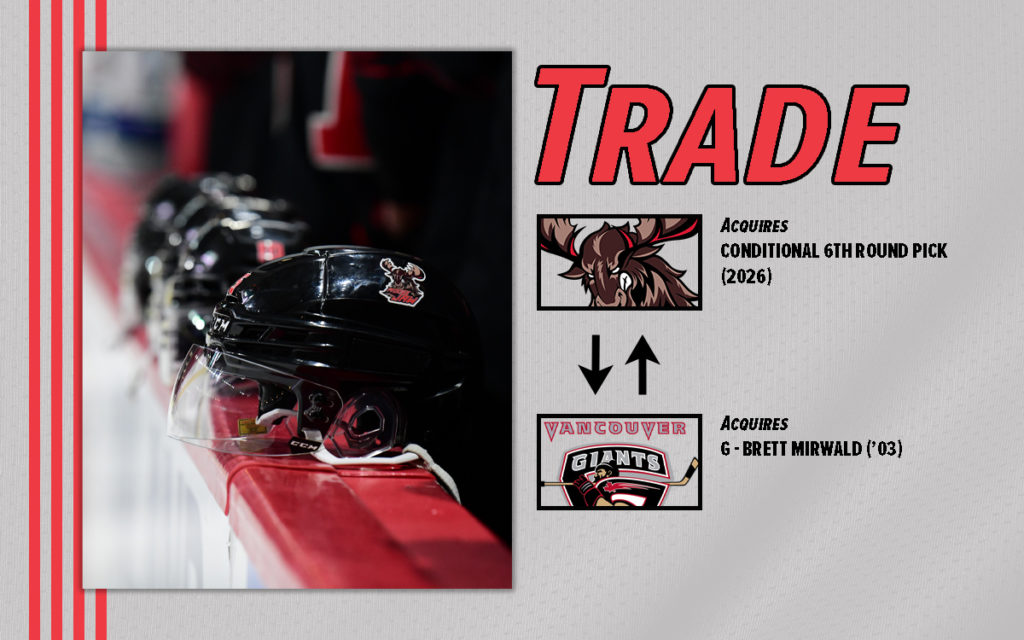 The Moose Jaw Warriors have swung a deal with the Vancouver Giants.

In exchange for 18-year-old goalie Brett Mirwald, the Warriors have acquired a conditional sixth round pick in the 2026 WHL Prospects Draft.

Mirwald was originally selected by the Warriors in the seventh round in 2018. He appeared in 19 career games with Moose Jaw.

Season tickets are on sale now at the Warriors’ office and Mosaic Place Box Office. The early bird deadline is July 14.