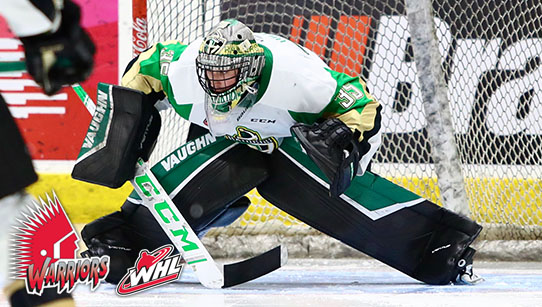 “We are very pleased to add Boston to our hockey club.  He is a big, athletic, young goalie with a very good upside.  He has had a solid year in Prince Albert as a first-time starter in the league,” said General Manager Alan Millar.

Bilous is expected to join in the Warriors in preparation for Wednesday’s game against the Edmonton Oil Kings at Mosaic Place.  Tickets are available at the Mosaic Place Box Office or online at www.mjwarriors.ca.