Ungar’s calm demeanour will be key for Warriors 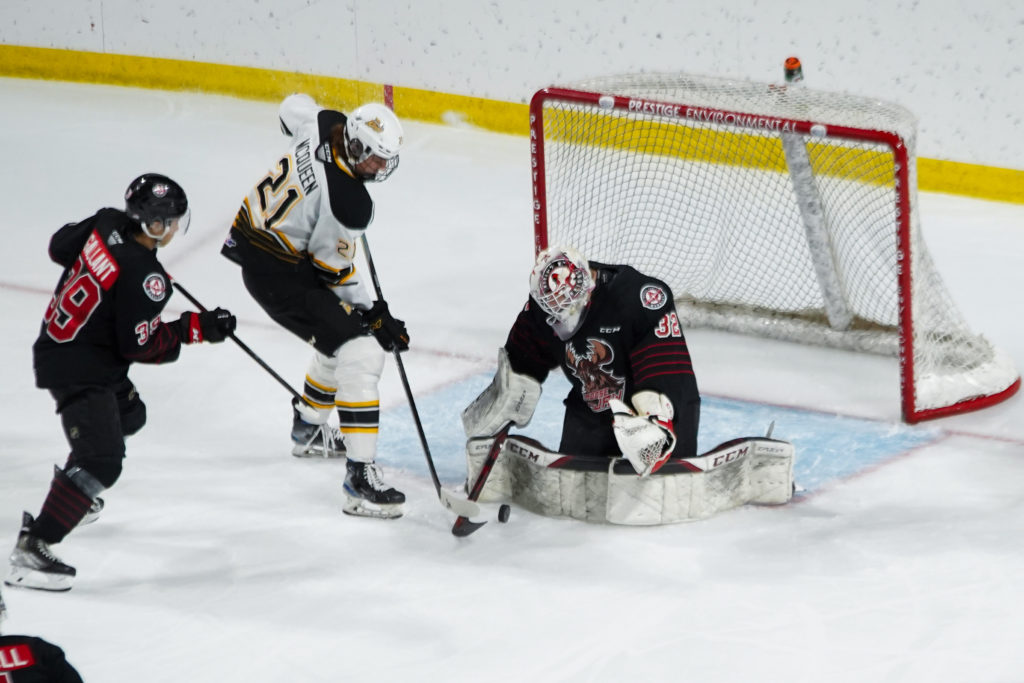 The veteran goalie provided a safety net for the young squad throughout the season, helping them advance to the second round of the 2022 WHL Playoffs.

This season, the Warriors will be hoping for more of the same from another overage goalie, Connor Ungar.

“He showed up in great shape, he’s a popular teammate, just in terms of his demeanour and you watch the way he practices, he reminds you of what we had in Carl Tetachuk last season,” Warriors head coach Mark O’Leary said.

The Warriors acquired Ungar, along with 18-year-old goalie Justen Maric, from the Red Deer Rebels during the 2022 WHL Prospects Draft.

Ungar said he was pleased to hear he was joining the Warriors when he found out about the trade.

“Last year, Moose Jaw was a tough team to play against, so switching to their side, I’m excited,” he said. “We’ve got a good young group here, so we have a real good chance to do something great here.”

Ungar is coming off the best season of his WHL career last season with the Rebels. In 34 games, the Calgary product was 21-9-1-0 with a 2.43 goals against average and a 0.911 save percentage, all of which were career-best marks.

He said his sole focus is helping the Warriors win as many games as possible.

“I want to give us a chance to do that every night,” Ungar said.

Ungar suited up in one preseason game for the Warriors, helping the team to it’s only win of the exhibition schedule, beating the Brandon Wheat Kings 4-3 at the Moose Jaw Events Centre last Friday.

During that game, he showed off his calmness in net, which is a trait that the Warriors plan on leaning on this season.

“You’re in the league long enough to see lots of ups and down and you’re just able to ride those waves, so we’re looking to him to bring that experience and that calm demeanour,” O’Leary said.

Ungar said he’s not always that calm in the net, but it’s a focus for him.

“I get a little anxious and can run around a bit, but definitely part of my game that I’m trying to work on is staying more calm, setting my feet and helping my team by calming things down back there,” he said.

It will be an all-Unger(ar) tandem in net for the Warriors this season as Connor Ungar will be paired with returning 17-year-old goalie Jackson Unger.

Despite the similar last names and both hailing from Calgary, there is no relation between the two netminders.

“Definitely a funny coincidence there, but he’s been a great guy… we’ll complement each other real well,” Ungar said.

The Warriors will open the season with a home-and-home against the Regina Pats this weekend. Ungar said he’s excited to get his final season in the Western Hockey League underway.

“You can feel it in the room, everyone’s excited to get going and it’s going to be a real good year for us,” he said.

The Trans-Canada rivals meet in Regina on Friday and then come to the Hangar in downtown Moose Jaw on Saturday.