Tracey teaming with Mosaic to help Hunger In Moose Jaw 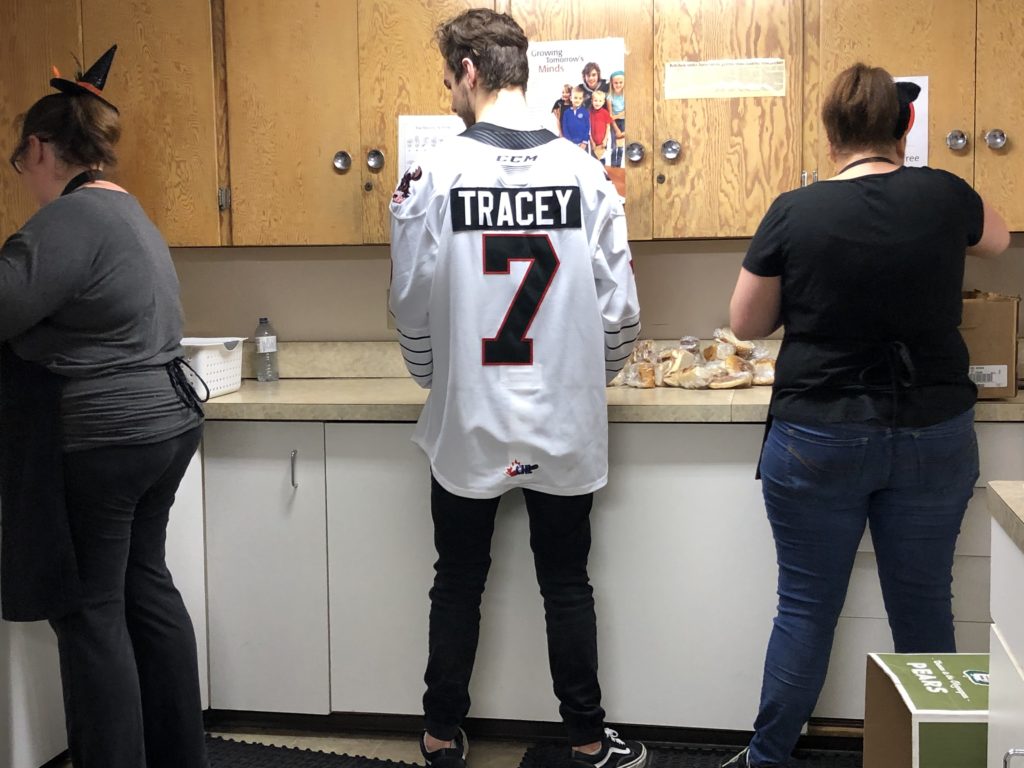 Brayden Tracey has been on a tear since returning from training camp with the Anaheim Ducks and that’s good news for Hunger In Moose Jaw.

Tracey is this season’s face of the Moose Jaw Warriors and Mosaic Company’s ‘Points for Hunger’ campaign, which sees Mosaic donate $250 to Hunger In Moose Jaw for every point that Tracey gets during the 2019-20 regular season.

“It’s a huge honour for me, the organization and my family as well, racking up points to get those kids some food, some lunch is definitely special for me,” Tracey said.

There are over 300 kids in Moose Jaw that go without lunch every day and Hunger In Moose Jaw works to make sure that there are not children going hungry in the city.

Tracey said he is looking forward to playing a part in that, “I’ll do my best to get those kids some food,” he said.

“I’d also like to apologize to Mosaic because I’m going to be trying my hardest to make them pay as much as I can.”

So far this season, Tracey has posted 10 goals and 22 points in just 12 games.

The program has exploded over the past three seasons with Jayden Halbgewachs topping the 100-point plateau in back-to-back seasons (100 in ’16-17 and 129 in ’17-18), followed up by Justin Almeida registering 111 points last season.

“My goal is to top them,” Tracey said. “Point is one of the best players in the world, Almeida’s total is high, but I’m pushing for it and hopefully I can break it.”

Sarah Fedorchuk with the Mosaic Company said they are incredibly pleased with how the program has gone over five seasons in partnership with the Warriors and Hunger In Moose Jaw.

“At Mosaic, our mission is to help the world grow the food it needs, so investing in local food security programs, like Points for Hunger, connects to the work we do every day to achieve this mission,” she said.

“The amazing support of The Mosaic Company for an initiative of this nature is truly overwhelming,” Warriors Director of Business Operations Corey Nyhagen added.

Tracey has helped make the lunches with Hunger In Moose Jaw, he says it really hit home, “When I went there and made lunches, it put a smile on people’s faces, so putting that smile on a kid’s face is a big booster for me,” he said.

Tracey’s ‘Points for Hunger’ total currently sits at $5,500, will look to continue to add to his total this weekend when the Warriors take on the Medicine Hat Tigers Friday at Mosaic Place.

Coming up next week the Warriors will have four-games in five-days starting Tuesday, December 3rd when they open a two-game Alberta road trip in Edmonton.