Tracey has three points in win over Broncos 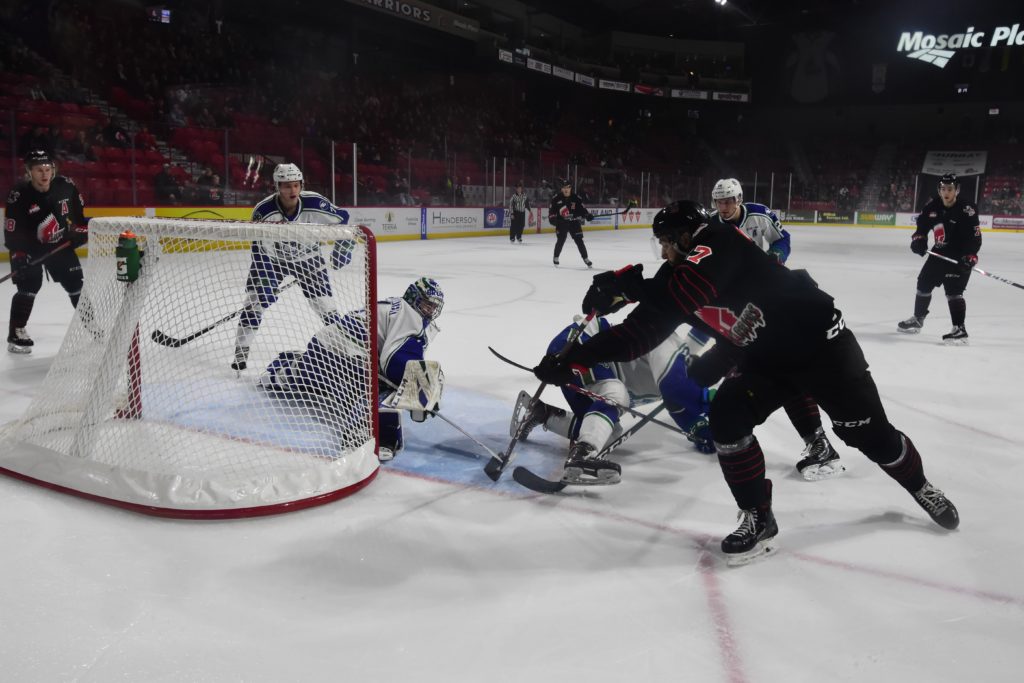 The Moose Jaw Warriors fought off a late charge from the Swift Current Broncos and picked up a 3-1-win Saturday at Mosaic Place.

It took some time for these two long-time rivals to get going in the first period.

Swift Current used an early power-play to generate a couple of good looks at the Moose Jaw net, while the Warriors got better as the period went on and were able to come off the Broncos boards to get some shots on net.

Six minutes into the second period, the Warriors broke a scoreless tie when they capitalized on a lucky bounce.

Brayden Tracey was able to settle the bouncing puck down and put a shot underneath Isaac Poulter, his ninth of the season gave the Warriors a 1-0 lead.

Moose Jaw used their power-play to add to their lead with 5:22 remaining in the period and with 34 seconds to work on a two-man advantage.

The Warriors worked the puck around the Swift Current zone and eventually moved it to Libor Zabransky on the left side of the Bronco net.  The veteran import defenceman lifted a shot over Poulter, his second of the season and first as a Warrior made it 2-0.

With the Broncos pressing for an equalizer, the Warriors dug in and limited Swift Current chances, Owen Hardy ended the game with an empty-net goal in the final minute of regulation.

Brayden Tracey led the Warriors with a goal and three points, Owen Hardy had a goal and two points, and Adam Evanoff made 26 saves.

The Warriors will now hit the road for the next three games.  Next Saturday they will have a rematch with the Broncos in Swift Current, November 17th they are up in Saskatoon, and then November 22nd they roll into Medicine Hat.  Their next home game is Saturday, November 23rd against the Calgary Hitmen.