Tracey goes to Anaheim at the 2019 NHL Entry Draft 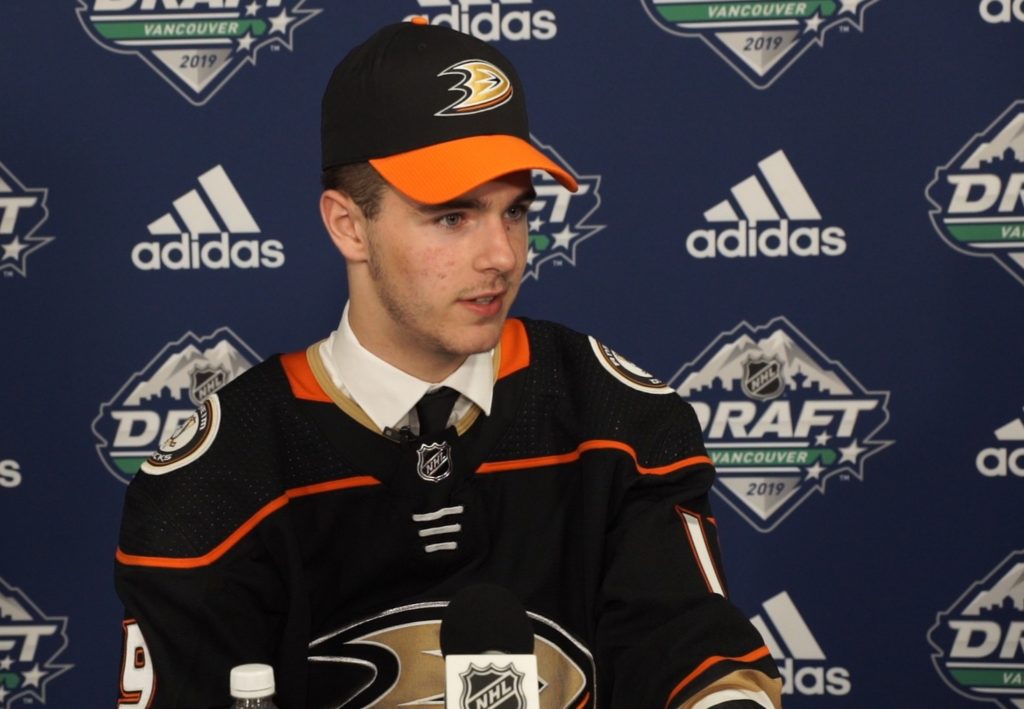 Moose Jaw Warriors forward Brayden Tracey was selected by the Anaheim Ducks in the 1st round, 29th overall, at the 2019 NHL Entry Draft in Vancouver, BC.

Drafted by the Warriors in the 1st round, 21st overall, at the 2016 WHL Bantam Draft, Tracey had an amazing first season in the WHL, leading all WHL and CHL rookies with 36 goals and 81 points in 66 games.  Tracey became the third Warrior in franchise history to be named the WHL Rookie of the Year.

He took part in the 2019 IIHF World Under-18 Championships in Sweden and had four goals and seven points in seven games.

Tracey will take part in Anaheim’s Development Camp this summer and will return to Moose Jaw in August for the Warriors 2019 Training Camp.