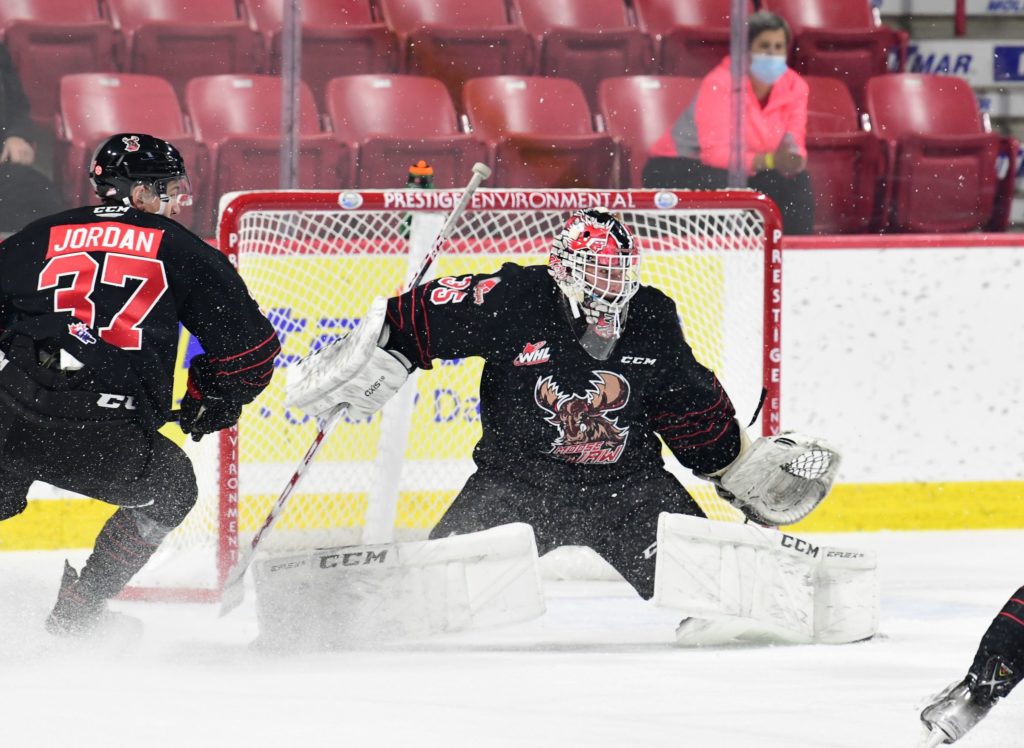 Carl Tetachuk has been a key piece for the Moose Jaw Warriors early in the season.

Moose Jaw acquired the 20-year-old netminder in exchange for a conditional seventh round pick in the 2024 WHL Prospects Draft. So far, the deal has paid off for both the Warriors and Tetachuk as he’s brought a veteran, stable presence between the pipes.

“It’s a new experience for me, I’ve been with the Lethbridge Hurricanes for my three years, so that’s a bit different, but I’m settling in here pretty nice,” Tetachuk said. “The guys are great, coaches are great, the city’s great, so everything’s been pretty good so far.”

Tetachuk put up some stellar numbers over 95 appearances with his hometown Hurricanes.

That meant Tetachuk came to Moose Jaw with something to prove.

“It’s a pretty big year for me this year,” he said. “I’m not too sure what I’m going to do [after this season] yet, so I’m just putting it all into this year.

“Trying to prove my size doesn’t matter, just working hard, I’m a hard worker and that’s what my game is.”

Warriors head coach Mark O’Leary said Tetachuk came into the season in great shape and is showing that for the Warriors.

“That enables him to have effort and compete regardless of the circumstance or how much work he’s getting in any certain moment,” O’Leary said.

O’Leary believes that the key to success is winning races and battles all over the ice. He said Tetachuk gives the Warriors a good base to build from.

“It’s great to work from the crease out in terms of our standards and that’s what Carl’s done since he’s got here, he just battles and he gives you a chance every time,” he said.

Those numbers may be deceiving, however, after Wednesday’s 10-2 loss in Winnipeg when Tetachuk was in net for all 10 of the ICE’s goals. Entering that game, he had a goals against average under two and a save percentage over 0.920.

“That’s something I wanted to work on was getting my numbers back up there, keeping my team in the game, keeping that save percentage over 900,” he said.

Tetachuk said he’s focused a lot on his mental game over the offseason to put together a strong showing in his final Western Hockey League season.

“Just my consistency on the ice, every game working my hardest, trying to keep my team in the game every game, so that I’ve been trying to work on a lot,” he said.

Tetachuk has shown an ability to make the big save at the right time, taking home the WHL’s Save of the Night on two occasions this season, making a number of timely stops for the Warriors.

“That’s my game, diving for pucks, just battling hard,” he said. “I feel like if I do that, it gives the guys momentum too.”

One trait Warrior fans have noticed about Tetachuk is the fire that he plays with in the crease.

“I don’t like when guys go in my crease, so I just let them know that it’s my crease, it’s just part of my game,” he said.

“It’s pretty important to let the other players know and not to go in there.”

Tetachuk hit a significant milestone during Wednesday’s game in Winnipeg, as he suited up in his 100th Western Hockey League game. While the outcome wasn’t what he had hoped for, he said it means a lot to him to reach that 100 games mark.

“It feels really special to me, came a long way from my 17-year-old in Lethbridge so happy to be here in the league and that was a special one,” Tetachuk said.

“It happens quick… and I’m just taking in every moment I have here.”

“The dedication in the room, all the guys have it, the coaches want to win, it’s a winning organization, so I’m really pumped about that,” he said.

Tetachuk and the Warriors return to home ice for a rematch against the ICE coming up on Saturday night at Mosaic Place. Puck drops at 7 p.m.

Tickets are available online at mjwarriors.ca or the box office inside Mosaic Place. 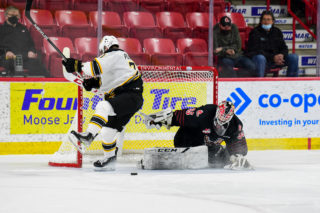 Warriors top Brandon in a shootout
12 hours ago 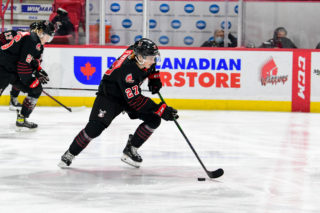