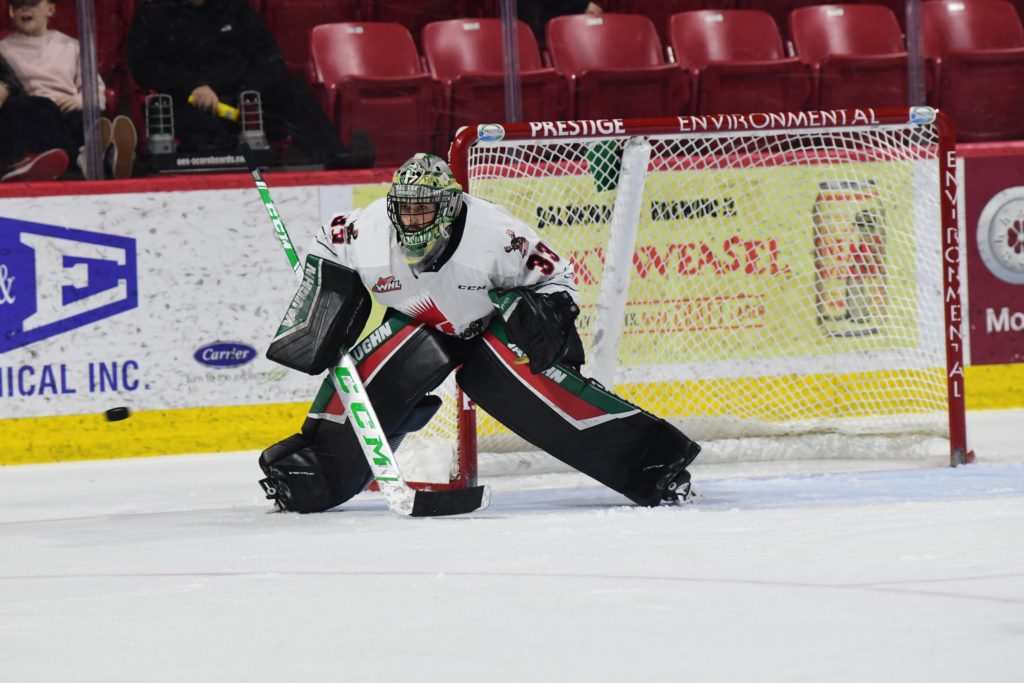 A strong start that led to three goals in the first period, lifted the Moose Jaw Warriors to a 5-2 win over the Swift Current Broncos Friday at the Credit Union Iplex.

Throughout the opening period, the Warriors were fast up and clean coming up the ice on the attack.  Their fore-check was aggressive and battled hard to create extra attack time.

Close to the seven-minute mark of the first period, Owen Hardy dug the puck away from the Broncos in the Swift Current right corner and then moved it to the blueline for Chase Hartje.

Hartje skated to the high-slot and then let a shot go.  Broncos goalie Isaac Poulter was unable to control the rebound which allowed Martin Lang to knock the puck in from the left goal line, his eighth of the season and first as a Warrior gave them a 1-0 lead.

The Warriors struck again at 11:37 when Ryder Korczak and Martin Lang battle the Broncos on their end-boards.

Korczak moved the puck from the left corner to the side of the net for Lang, who then set up Captain Owen Hardy at the bottom of the left circle where he scored his team-leading 20th goal.

Under four minutes later, Calder Anderson led a rush up the ice for the Warriors.

Anderson came in on the right-wing and then set up a trailing Cayde Augustine coming through the middle of the ice.  Augustine’s quick shot beat Poulter glove-side, his second of the season made it 3-0 for the Warriors.

The second was a little tighter as both teams forced a lot of battles along the boards.

Swift Current got onto the scoreboard just before the midway point when former Warrior Matthew Benson joined a Bronco rush and let a shot go that went off a Moose Jaw defenceman.

Moose Jaw went back up by three with four minutes left in the second period.

Cade Hayes fought the puck away from the Broncos along the boards in the Swift Current right corner.

Hayes moved the puck to the blueline for Cayde Augustine, who then let a shot go towards the net.  15-year-old affiliated player and 2019 4th round pick, Jagger Firkus, was battling with a Bronco between the circles and was able to reach back and deflect it to the back of the net for his first WHL goal.

The Warriors went up by four inside the final minute of the period.

Nolan Jones let a shot go from the left circle that was stopped by the Broncos goalie.  However, affiliated player and AAA Warriors Captain, Atley Calvert, got the puck below the left goal line and then put it off the goalie and over the goal line for his first WHL goal.

In the third period, the Broncos scored a power-play goal inside the final minute of regulation, but it was too little too late as the Warriors held on for the 5-2 win.

Owen Hardy, Martin Lang, and Cayde Augustine had a goal and two points, Cade Hayes picked up two assists, and Boston Bilous made 40 saves in the win.

These two rivals will battle against Saturday, only this time the scenery will change to downtown Moose Jaw inside Mosaic Place.  Tickets are available at the Mosaic Place Box Office or at www.mjwarriors.com.

You can also catch all the action on Country 100 starting with the PreGame Show at 6:40 pm.

Moose Jaw’s busy weekend concludes Sunday with their first trip of the season to Winnipeg to take on the ICE. 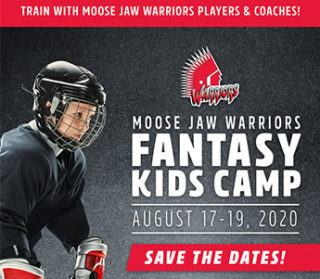 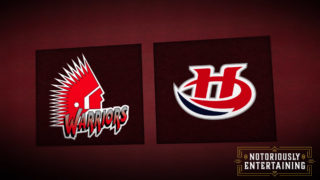 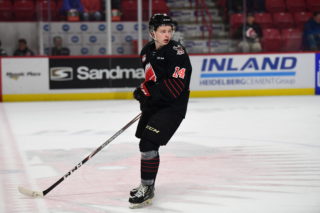 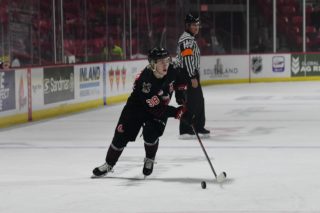