Rysavy & Czechia wrap up round robin at World Juniors 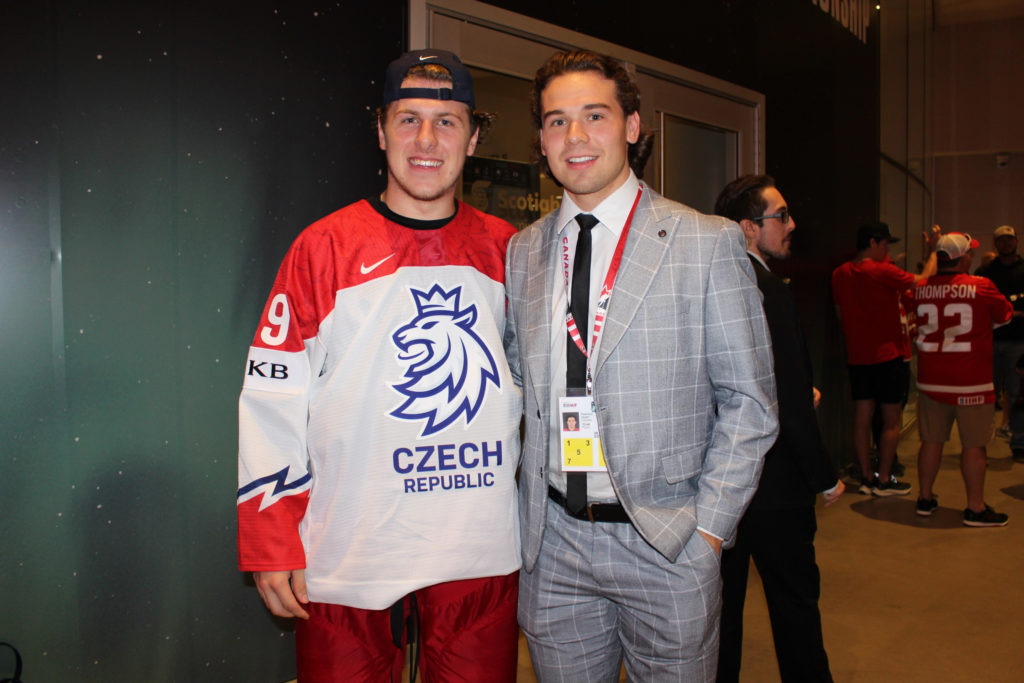 Martin Rysavy notched two goals in four games for Czechia during the round robin at the 2022 IIHF World Junior Hockey Championship in Edmonton.

The Moose Jaw Warriors forward and Czechia finished the round robin with a 5-2 loss against Latvia on Sunday, posting a 1-2-1 record overall in four games.

Rysavy scored Czechia’s only goal, a shorthanded marker to open the scoring, in a 5-1 loss to Canada on Saturday.

The Columbus Blue Jackets draft pick also picked up the first goal of the tournament, scoring the opening marker in Czechia’s 5-4 win over Slovakia last Tuesday.

The opening goal for Czechia at the 2022 #WorldJuniors belongs to Martin Rysavy! 🇨🇿 @MJWARRIORS pic.twitter.com/oK6NNcQNrI

Czechia also dropped a 4-3 shootout contest to Finland on Thursday in their other preliminary round matchup.

Rysavy and Czechia finished fourth in Group A and are through to the quarterfinals, which go on Wednesday.

Despite missing out on an opportunity to take part in the tournament due to an injury, Warriors captain Daemon Hunt has remained with Team Canada in Edmonton.

The Minnesota Wild prospect was invited to take part in Canada’s team picture on Sunday.

Daemon Hunt has remained with Team 🇨🇦 since since sustaining an injury on the eve of tournament … Moose Jaw d-man invited to take picture with the team as well pic.twitter.com/uKMK5vU4V0

The round robin wraps up on Monday with three games, including Canada taking on Finland for top spot in Group A at 4 p.m.