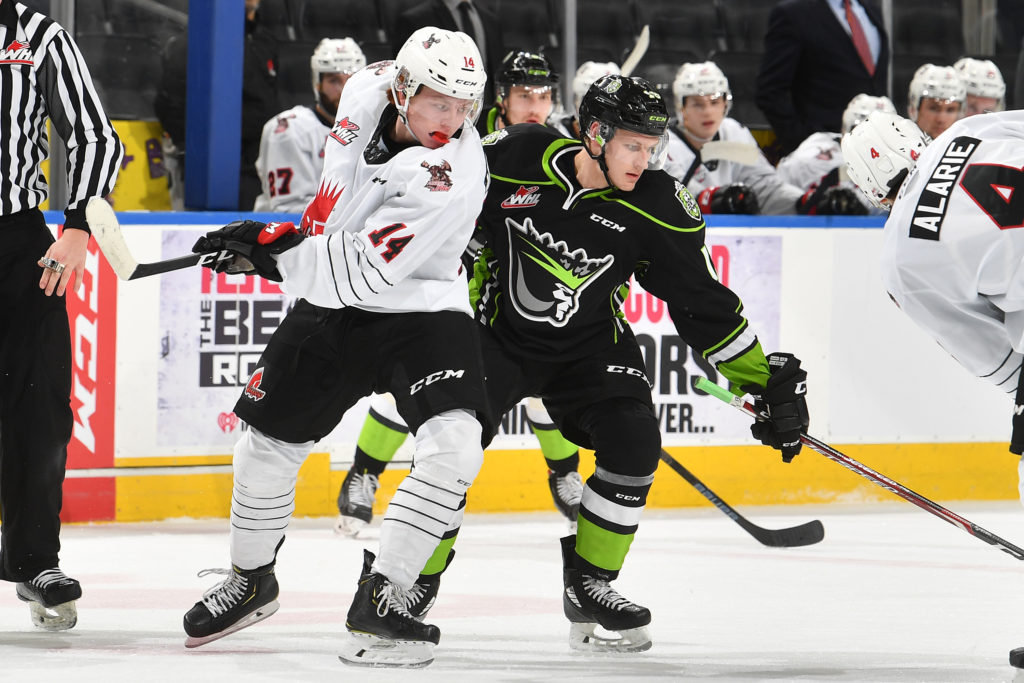 As the teams looked to create chances in the opening period, it was a bad bounce that produced the game’s first goal.

Edmonton’s Ethan McIndoe let a shot go from the Warriors left boards three minutes into the game.  Adam Evanoff made the save with his left shoulder, the rebound came to Carson Latimer on the side of the net where he was able to deflect it over the Warriors goalie to give the Oil Kings the lead.

Moose Jaw started the second period on a brief 5-on-3 penalty kill, and after getting back to even-strength, they were able to generate better looks at the Edmonton net.

Working on the power-play nine minutes into the period, Moose Jaw picked up an equalizer.

Libor Zabransky had the puck at the blue line and then skated down the boards to the corner.  The import defenceman made a pass back up the wall to Owen Hardy, the Captain led a quick shot got that beat Sebastian Cossa.

Close to three minutes into the third period, Edmonton’s Jake Neighbours led a rush up the ice.  He came in on the left-wing and his initial shot was blocked.  He was able to snag the rebound and sneak a shot over the goal line to give Edmonton the lead.

Moose Jaw tried to push late but they were not able to finish on their chances, instead, the Oil Kings scored an empty-net power-play goal with two seconds left in regulation.

Adam Evanoff made 35 saves for the Warriors while Sebastian Cossa made 24 for Edmonton.

This midweek Alberta road trip continues Wednesday in Red Deer with the Warriors second meeting of the season against the Rebels.

Catch all the action on Country 100 starting with the PreGame Show at 7:40 pm.