PREVIEW: Warriors square off with Raiders in Prince Albert 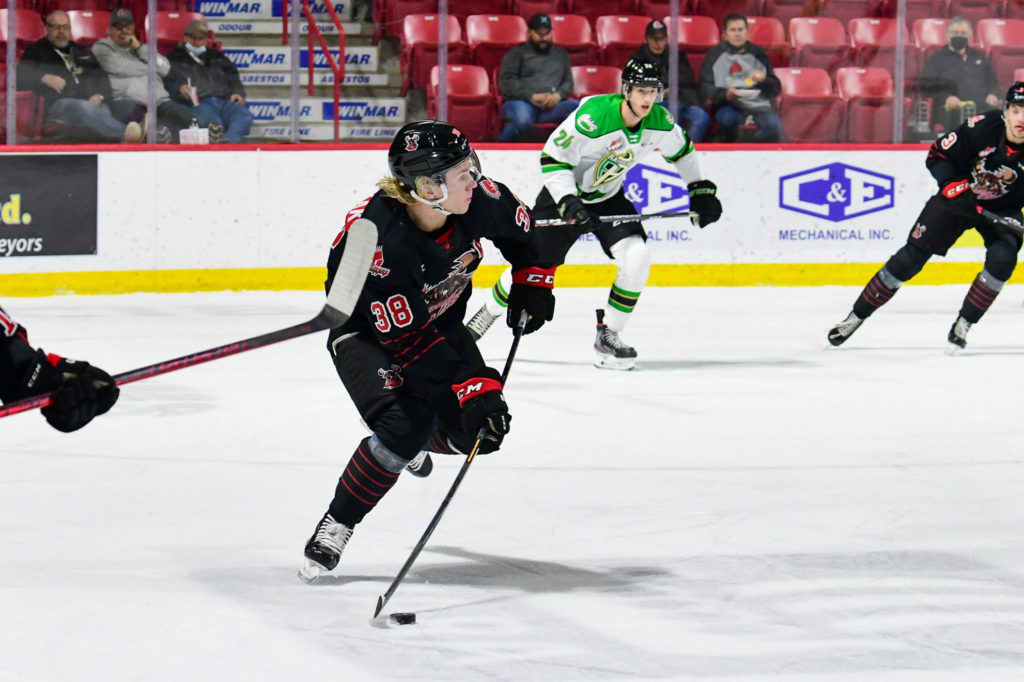 Coming off a tough weekend that saw the team drop two divisional games, the Moose Jaw Warriors look to rebound with a trip to northern Saskatchewan.

The Warriors will take on the Prince Albert Raiders on Wednesday night in the first of three games in four nights.

Moose Jaw dropped a 4-2 game in Brandon on Friday and then fell by the same score at home against Regina on Saturday, despite firing 44 shots on the Pats’ net.

As the Warriors work to get back into the win column, Head coach Mark O’Leary said the biggest key for success is just that, working and winning battles.

“It’s our compete to be on the right side of the puck and then its the blue paint and the board battles, that was the difference in our game against Regina,” he said. “For the most part the guys have done a great job handling the system, being in the right spots, now it’s the digging into to get the job done when it’s time.”

The Warriors split a home-and-home against the Raiders last month, losing 3-2 at home and winning 4-1 at the Art Hauser Centre.

O’Leary said Prince Albert does a lot of the things well that Moose Jaw is trying to do.

“Mark Habscheid has them working every game and certainly to start the game, so we’ll need to match and exceed that if we want to have any success,” he said.

“Where we found our success playing them the other games has been our forecheck. When we’re doing that, that’s our game, turning over pucks and creating those offensive opportunities with our work and our legs.”

Korczak said speed is going be big for the Warriors against the Raiders.

“We’re a fast team, so we can play at our pace and beat them down low,” he said.

“Execution is everything, keep moving our feed, we’ll draw penalties on them and hopefully execute.”

The Warriors currently sit in fifth place in the Eastern Conference standings, but are only two points ahead of the Raiders, who are in 11th.

O’Leary said they’re expecting a hungry Prince Albert team and Moose Jaw will need to play that way as well.

“We’re only a quarter of the way through the season, but right now there’s a log jam in our conference and we’re looking to create some separation,” he said. “We’re not happy or anywhere close to satisfied with how our season’s gone and a win here would certainly go the right way in terms of changing that.”

The Warriors and Raiders face-off at 7 p.m. at the Art Hauser Centre. All the action will be live on Country 100, starting with the Pre-Game Show at 6:40 p.m.

Moose Jaw continues its week in Swift Current on Friday night and then hosts the Broncos for a rematch on Saturday at Mosaic Place. Get your tickets at mjwarriors.ca or the Mosaic Place Box Office.