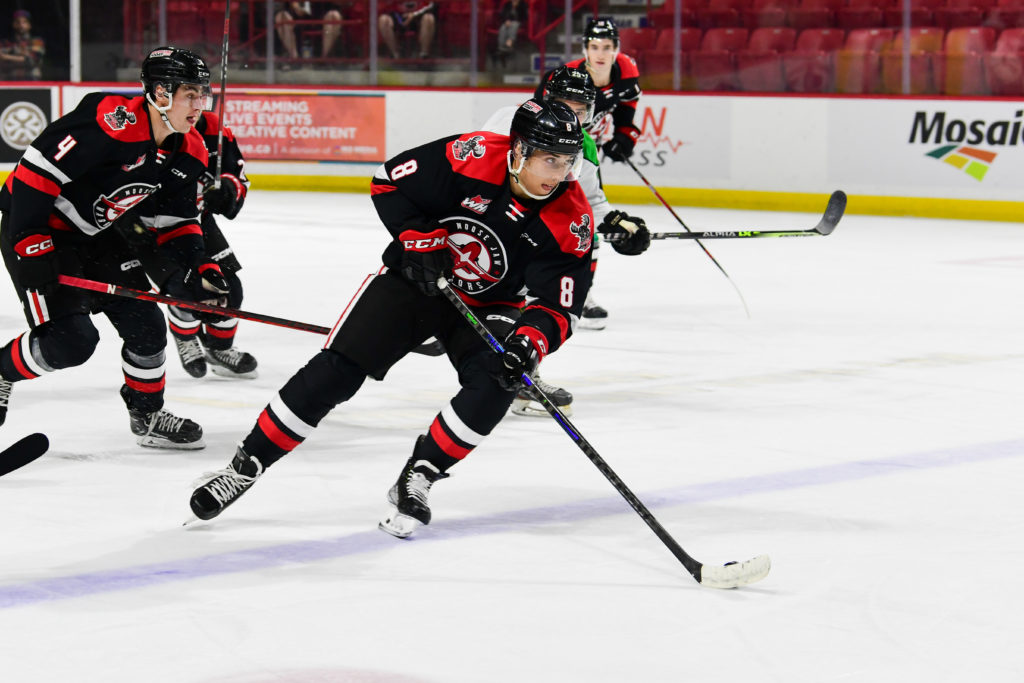 The Moose Jaw Warriors’ next two home games will show them where they stack up against the two teams they faced in last year’s WHL Playoffs.

The Warriors host the Saskatoon Blades on Wednesday night and then welcome in the Winnipeg ICE for a Saturday night showdown in downtown Moose Jaw.

“It’s a good test for us in terms of the type of team that we’re playing and it should be fun,” Warriors head coach Mark O’Leary said. “We talk about how many guys are coming back for our team and it’s no different with Saskatoon.”

The Blades are off to a strong start to the season, winning their first three games before falling to Lethbridge on Tuesday night.

Warriors forward Eric Alarie said they know they’re going to get a complete effort against Saskatoon.

“They’re going to want to beat us pretty bad since we beat them in five games last year, so we’re going to have to bring our ‘A’ game and I’m sure we can do it,” he said.

The Warriors are coming off a weekend split that saw the team win 4-3 over Prince Albert on home ice, but then drop a 4-1 game to Brandon last Saturday.

There were moments of brilliance for the Warriors and moments to clean up as well.

“We had the right guys in the lineup, but I don’t think we played as a unit just yet, so it was nice to get some practice in here, back to the habits we talk about all the time and we should be better prepared for a big win against Saskatoon,” he said.

The Warriors saw seven players return to the lineup after NHL camps and a preseason suspension.

Alarie said the players are focused on regaining their chemistry.

“We had our chances and that’s what we’re going to be looking to keep doing,” he said.

O’Leary said Saturday’s loss against Brandon was a good tuneup for what the team will face this week against Saskatoon and Winnipeg.

“We talked about it going into the Brandon game and that’s something we didn’t do a very good job of is taking away the chances off the rush and playing against Saskatoon and then Winnipeg on the weekend will be the exact same thing,” he said.

“Making sure that we have depth will be really important here against Saskatoon.”

The Warriors and Blades face-off at 7 p.m. on Wednesday night at the Hangar.

Tune into the IKS Media Warriors Live Pre-Game Show on Twitter, Facebook and YouTube, starting at 6:45 p.m., to get ready for the game. Host Marc Smith will be back on for the Post-Game Show following all of Wednesday night’s action.