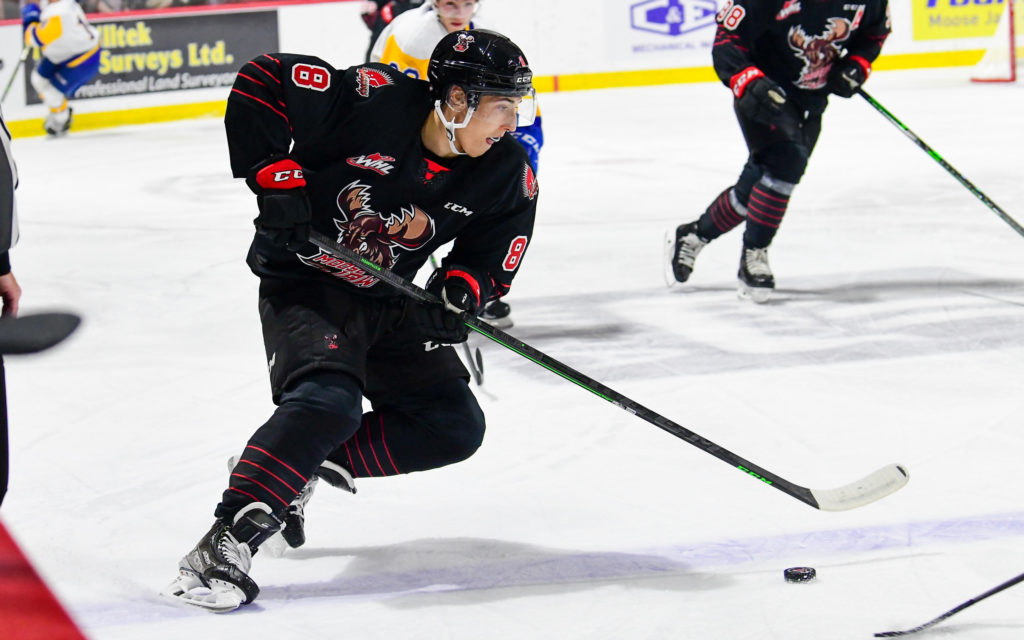 The Moose Jaw Warriors are in a stretch of three games in four nights this week and seven games in 11 days over the next two weeks.

The run started out on the right foot with a 4-1 win by the Warriors on Wednesday night in Prince Albert and now they look to carry that momentum into Swift Current to take on the Broncos.

“That was a big two points for the team, it’s still a pretty tight conference here, so each point matters. Now we’ve got to get four points against Swift Current this weekend,” Warriors goalie Carl Tetachuk said.

The Warriors opened Wednesday’s game in Prince Albert with four goals in the first period, led by Eric Alarie with a goal and four points, while Atley Calvert added three assists.

All four goals came from winning battles in the offensive zone, which Alarie said is something they need to carry forward.

“Mark O’Leary likes to say games are all about winning pucks and battles and that’s how we got our four goals by winning battles and if we do that, good thing are going to happen,” Alarie said.

Tetachuk held the wall the rest of the way, making 50 saves in total, including 22 in the third period alone to seal the win for Moose Jaw.

“Sometimes I thought they were going to score for sure and then the last second, he has a pad or has a blocker in the way, so we wouldn’t have won without and he’s a big part of our team,” he said.

Now heading into Swift Current, the Warriors are expecting to face a hungry Broncos team after they lost by a combined score of 15-2 during games in Brandon and Winnipeg earlier this week.

Moose Jaw enters the game in sixth place in the Eastern Conference, but are just two points in front of the Broncos, who are in ninth place.

Warriors defenceman Max Wanner said this game is key for the team.

“Obviously with the standings the way they are, it’s a tight race for a playoff spot, it’s good to get these points early int he season and hopefully we can continue to build momentum against Swift,” he said.

The Warriors and Broncos meet on Friday night at the Innovation Credit Union iPlex in Swift Current. Puck drops at 7 p.m.

The two teams will then meet for a rematch on Saturday night at Mosaic Place. Tickets are available at mjwarriors.ca or the Mosaic Place Box Office.

Fans can tune into both games on Country 100, starting with the Pre-Game Show at 6:40 p.m.