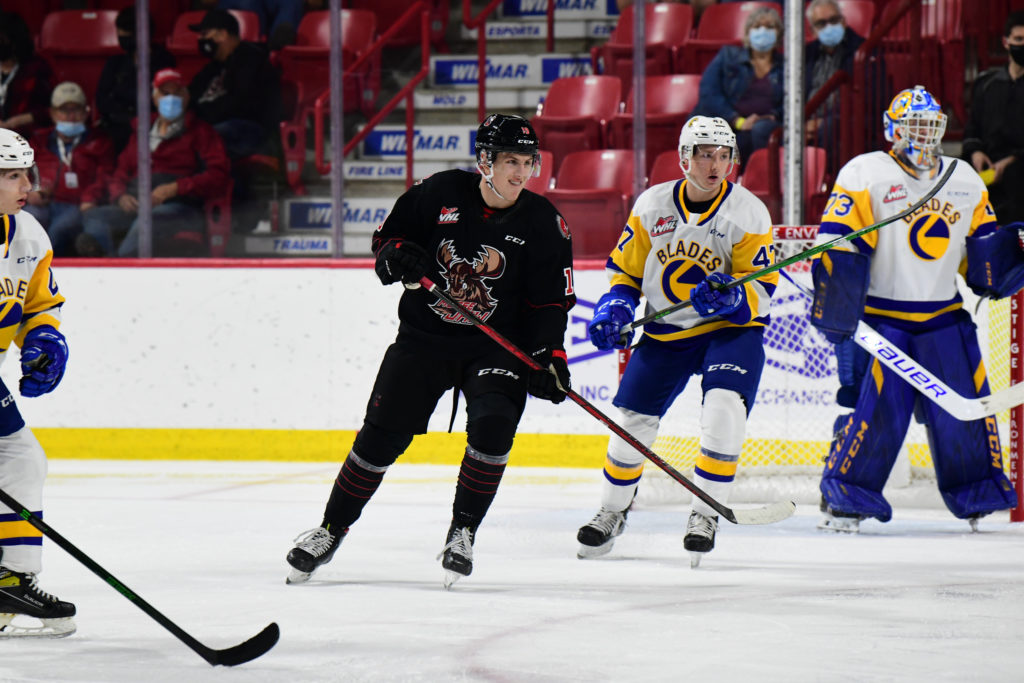 The Moose Jaw Warriors have yet to lose back-to-back games this season and they made a point of it on Friday night in Prince Albert.

After dropping a 3-2 game on home ice to the Raiders on Wednesday, the Warriors rolled to a 4-1 win in northern Saskatchewan for the rematch.

“As a coach that’s what you’re looking for anytime is the response,” Warriors head coach Mark O’Leary said. “We talk all the time about events happen but it’s all about our response and that’s going to dictate what the eventual outcome is and I’m real pleased with how we responded there.”

The Warriors trailed 1-0 after the first period, but import forward Martin Rysavy evened the score in the second period with his first Western Hockey League goal.

Rysavy said he was happy to finally breakthrough and find the back of the net.

“It feels pretty good because I needed one goal to feel more comfortable here and it was very good because we tied the game and from this moment, we played a lot better than PA,” Rysavy said.

The Warriors played from behind during Wednesday’s loss against the Raiders, but O’Leary said the team was more assertive in their victory on Friday.

“We were playing faster both in the defensive zone to get the puck back and then in the offensive zone with our puck support,” he said. “I thought the execution was there and we were rewarded with it by the end of the game.”

Now the Warriors prepare for their third meeting of the season against the Saskatoon Blades, who are coming off a 4-0 win over the Medicine Hat Tigers on Friday night.

The Warriors and Blades split their two-game series to open the regular season.

“They’re a pretty skilled team, we have to manage the puck well against them, if we turn pucks over in the wrong areas, they can turn it over and push it the other way in a hurry,” O’Leary said.

Rysavy said after playing on the road on Friday and arriving back to Moose Jaw late, recovery will be key for the Warriors heading into the game against the Blades.

“We need to prepare for the game the right way,” he said.

The Warriors and Blades face-off at 7 p.m. at Mosaic Place. Tickets for the game are available online at mjwarriors.ca or the Mosaic Place Box Office.

You can catch all the action live on Country 100, starting with the Pre-Game Show at 6:40 p.m.

Fans can also watch on CHL Live with the IKS Media Warriors Live Pre-Game Show getting underway at 6:50 p.m.