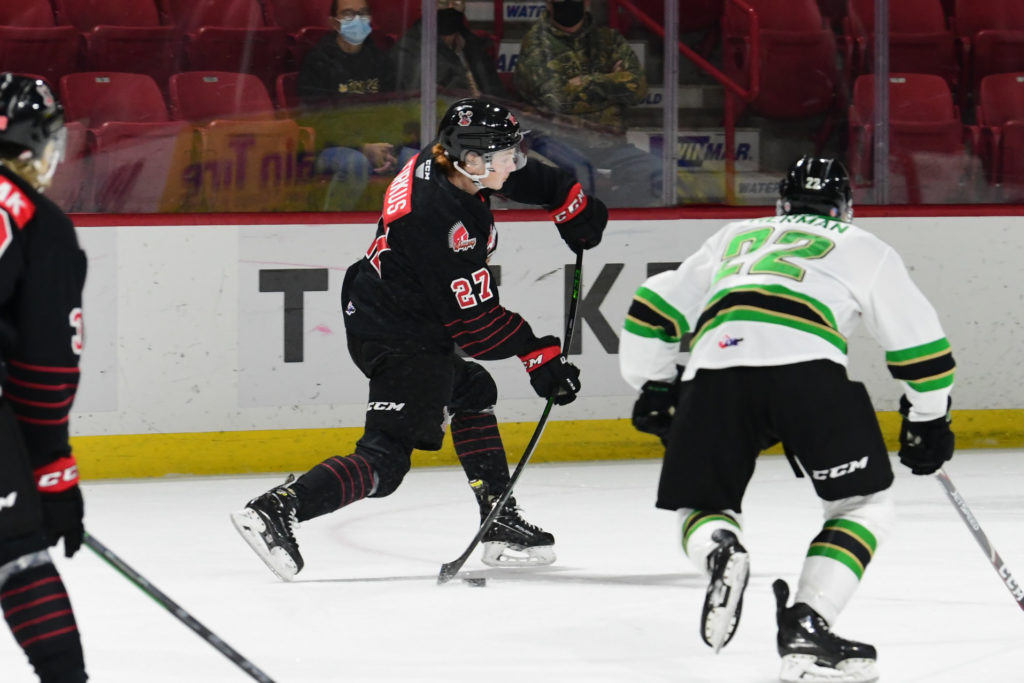 The Warriors will have another shot at handing a 7-0 team its first loss when they travel to Winnipeg to take on the ICE on Wednesday night.

“It’s a big game,” 20-year-old goalie Carl Tetachuk said. “We’ve got to go in there and swagger and prove to them that we’re better and we can beat them.”

Moose Jaw sits fourth in the East Division with a 3-3-0-0 record after picking up one win and two one-goal losses last week during a three games in four nights stretch.

Special teams were the biggest deciding factor in those three games as the Warriors went 2-for-16 on the power play and gave up four goals on ten chances on the penalty kill.

The Warriors lost 4-3 to Saskatoon on Saturday, giving up three power play goals in the defeat.

“The last two losses against Saskatoon, I really liked our game, I thought five-on-five, we were the better team, no question, and our special teams are an area that we need to improve,” Warriors head coach Mark O’Leary said.

O’Leary said it comes down to execution when on the power play or penalty kill.

“It doesn’t have to be anything groundbreaking,” he said, “With the power play, sometimes it’s just simplicity in terms of what you’re trying to do.

“You look at the other side of the puck, the goals that we’re giving up on the power play, I don’t mind where the shots are coming from and now we just need to do a better job of keeping them outside of our net, whether that’s better sticks or getting in those lanes.”

Forward Jagger Firkus said the team needs to be more crisp on the power play.

“We got to make passes that are firm, we got to make sure they’re there and you’re not just making a random pass,” he said.

Despite coming off a loss, the Warriors head into Winnipeg confident that they can be the first team to knock off the ICE.

“We just have to show up Wednesday and know that we can,” Firkus said. “We have to go in there with some confidence.”

The Warriors and ICE face off on Wednesday night at Wayne Fleming Arena at 6 p.m. Saskatchewan time.

Voice of the Warriors James Gallo will have all the action on Country 100, starting with the Pre-Game Show at 5:40 p.m.

The two teams will meet for a rematch on Saturday night at Mosaic Place. Tickets are available for that game online at mjwarriors.ca or the Mosaic Place Box Office.