PREVIEW: Warriors aim to extend series in Winnipeg for Game 5 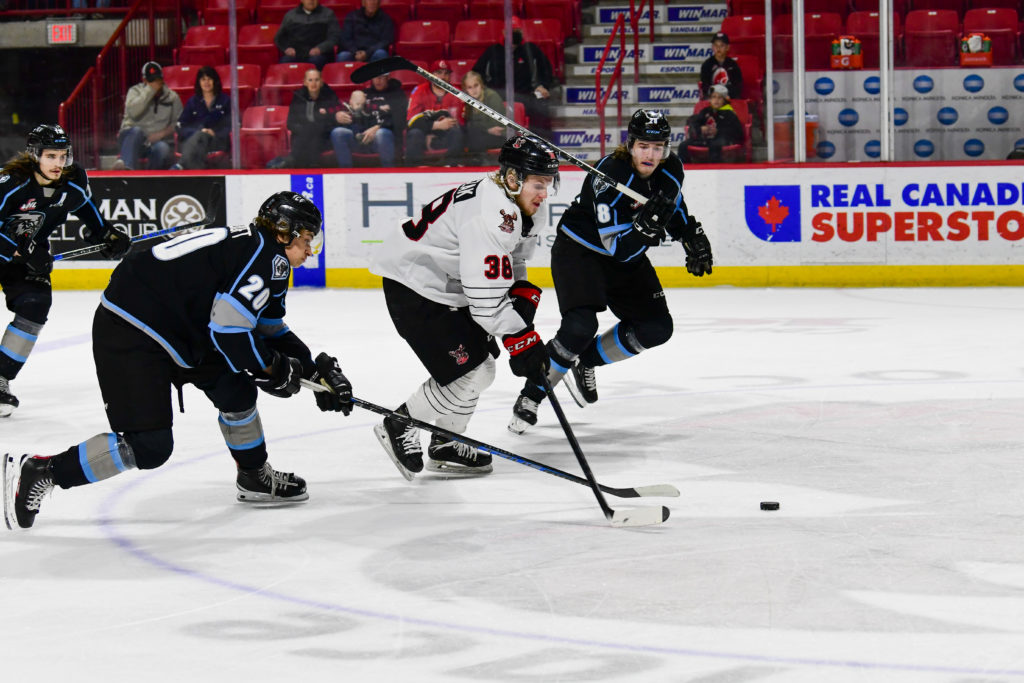 After splitting the two games at Mosaic Place, the Moose Jaw Warriors are heading into Winnipeg with their season on the line.

While the Warriors are facing elimination for the first time in the playoffs, the team remains confident that they can fight their way back into the best-of-seven series against the ICE.

“We feel good about where our game’s at, we won Game 3, lost Game 4, but I thought it was the best game that we played all series long, so we’ll look to build off that,” Warriors head coach Mark O’Leary said.

Winnipeg holds a 3-1 series lead heading back to Wayne Fleming Arena for Game 5 on Friday night.

“We’re all excited, we’re feeling good, this is do-or-die for us,” said Warriors forward Ryder Korczak, who had three assists in Wednesday’s Game 4 loss.

Whenever the Warriors have been backed into a corner this season, the team has found a way to battle back.

The players remain confident that they can do it again.

“We’re talking about getting up fast and punching back,” O’Leary said. “We have some good building blocks to look back on and build off, we’re feeling good about our game right now and look forward to putting it on full display.”

Moose Jaw struggled in Games 1 and 2 in Winnipeg, but fought back with two strong games on home ice to force the fifth game.

“We’ve struggled in this rink, but I think we’re going to have a really good game here,” Korczak said.

“Winnipeg is a skilled team, so we’ve got to throw our bodies around and play below their circles.”

O’Leary said the starts will be big for the Warriors.

“Whether it’s scoring an early goal or just getting to our game in a hurry, that always helps us,” he said.

“That’s what we focused on in Games three and four,” Korczak added. “Try to get the first goal, wear them down and hope for the best.”

If Moose Jaw can pull off the win, Game 6 will be on Sunday back at Mosaic Place.