Plays of the Year bracket moves into semifinals 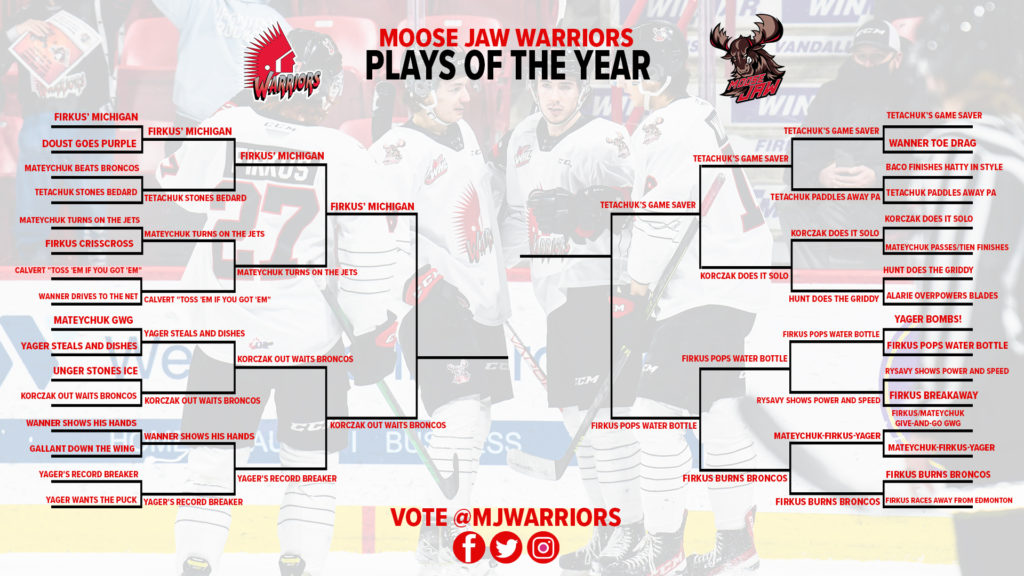 The semifinals to decide the best play of the season goes on Tuesday and Wednesday before the top play will be decided on Thursday.

Jagger Firkus leads the pack with two plays in the final, while Carl Tetachuk and Ryder Korczak are the other semifinalists.

Firkus’ Michigan goal from Game 1 of the 2022 WHL Playoffs has cruised through the competition in the first three rounds, beating Denton Mateychuk’s goal against Medicine Hat in the quarterfinals 86 percent to 14 percent.

Firkus will be up against Korczak’s goal against the Swift Current Broncos in the semifinal. Korczak advanced with a 57-43 win over Brayden Yager’s record-breaking goal in Brandon.

The other semifinal will pit Tetachuk’s game-saving stop in Brandon against Firkus’ water bottle popping snipe in Lethbridge.

Tetachuk moved into the semis with a 61-39 win over Korczak’s solo effort against Saskatoon, while Firkus topped himself 58-42 in the other quarterfinal.

The semifinal matchups will go on Tuesday and Wednesday before the final decides the Top Play of the Year on Thursday.