Plays of the Year advances into the quarterfinals 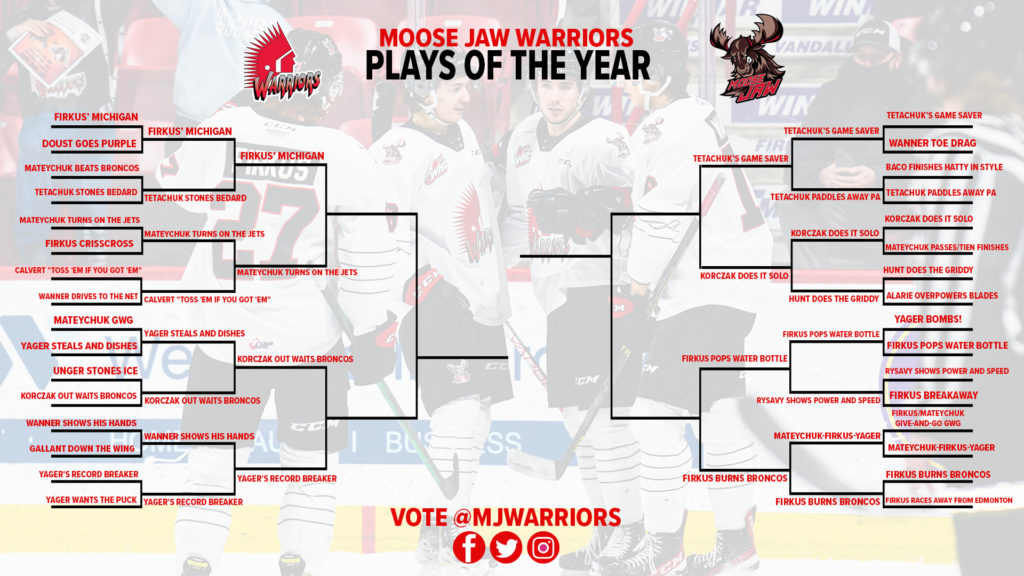 The road to crowning the Moose Jaw Warriors’ Play of the Year moves into the quarterfinals on Wednesday.

Just eight plays remain in the bracket through two rounds of voting and Jagger Firkus is leading the charge with three plays left.

The Warriors forward’s Michigan goal in the game one of the 2022 WHL Playoffs continues to roll through the competition, knocking out Carl Tetachuk’s save on Connor Bedard by a score of 80-20 in the second round.

Ryder Korczak has a pair of plays in the quarterfinals, while Tetachuk, Denton Mateychuk and Brayden Yager each have one play among the elite-eight.

Voting in the quarterfinals starts on Wednesday. The final is set for June 30.