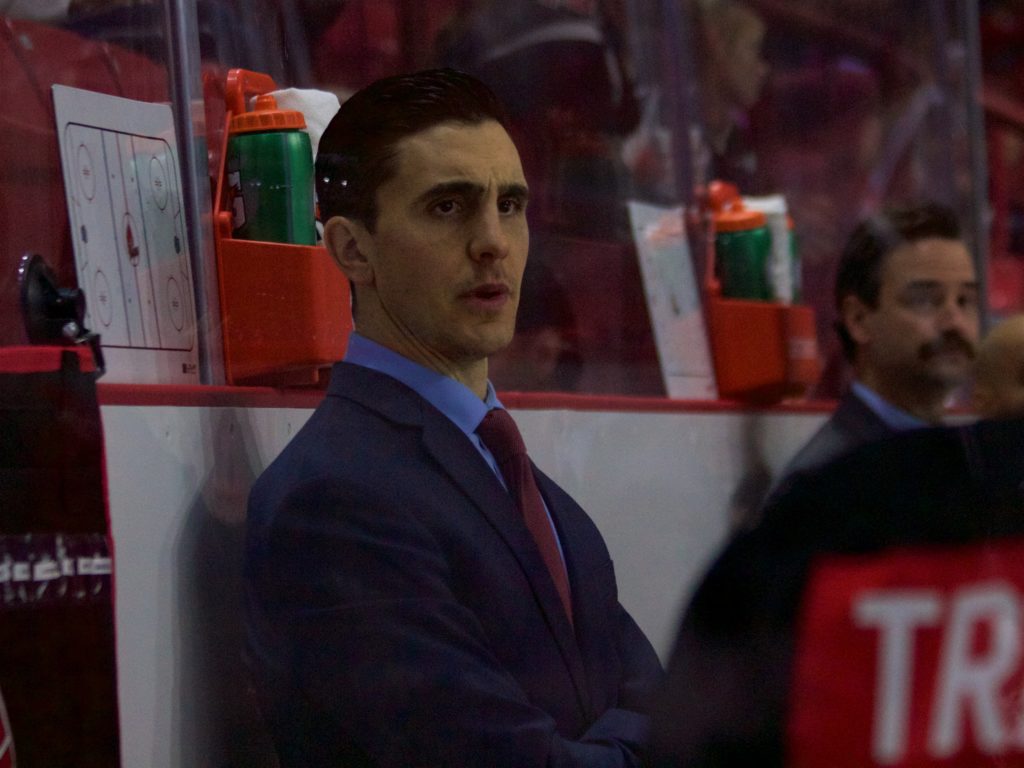 Mark O’Leary has been working towards this opportunity for basically his whole life.

The Moose Jaw Warriors named O’Leary as the 15th head coach in franchise history on Monday after eight seasons as an assistant and associate coach with the organization.

“I’m certainly really excited about the opportunity here, I really do love our group, I know we’re young, but there’s a lot of things to be excited about moving forward and I really can’t wait to get started,” O’Leary said.

O’Leary joined the Warriors as a 27-year-old assistant coach, fresh off four seasons of pro hockey. He grew into the role and says he always had his eye on the head coaching position.

“Deep down this was the ultimate goal,” O’Leary said. “Going back to playing junior hockey, I knew at that time that I wanted to be a head coach in the league, but the biggest thing was I was in no hurry, I trusted the process and I knew, just be patient and when you’re ready, you’ll get the opportunity and I like to think that time is right now.”

Warriors general manager Alan Millar says he has been impressed with how O’Leary has grown as a coach over his time in Moose Jaw.

“Mark came from Ontario, he billeted here, he was the third assistant coach, we didn’t pay him a lot a month, but he wanted to get his foot in the game in coaching,” Millar said. “I was a manager in the game when Mark was a player, he may not have been the most talented guy, but he worked his ass off and the way he played the game and handled himself, you knew there was a coach in the making when you got to know him.

“I have a lot of respect for him taking that chance to come to Moose Jaw from Owen Sound to be a coaching intern and get his foot in the door and grow, he’s made this home, he has family here, he met his wife here and eight years later, he’s moved from that opportunity and has certainly done more than enough to earn this opportunity to lead our team.”

O’Leary grew up in Owen Sound, Ont. He played three seasons in the Ontario Hockey League with the Mississauga IceDogs and Guelph Storm, registering 18 goals and 51 points in 182 games.

After his junior career, he went on to play 204 games of professional hockey across the AHL, ECHL and CHL. He had three goals and four points in 16 games at the AHL level.

O’Leary grew up around the game as his dad, Brian, was a coach in the OHL. He says he took a lot away from that.

“That was a really big part of things,” O’Leary said. “There wasn’t too many days when I was leaving school, going back home, it was usually to the rink and being around this whole atmosphere, so that’s where I feel in love with the whole process and he’s going to be a guy that I’m going to continue to lean on quite a bit.”

O’Leary taking over as head coach means that the Warriors have moved on from Tim Hunter, who set a franchise record with 189 wins during his six seasons in Moose Jaw. O’Leary worked closely with Hunter during his time with the organization and says he learned a lot.

“Tim has been a big part of why I’m in the position I am today,” he said. “I can’t thank him enough for what he’s done for me in terms of challenging me to be a better coach, pushed the status quo and was always looking for new ways to do things and I learned a ton from Tim in terms of the small details of the game.”

This will not be O’Leary’s first opportunity to lead the bench in Moose Jaw, as he has posted a 24-6-4-1 record over three seasons when Hunter has been away at the World Juniors.

He says those opportunities will be key in him transferring over into that role full-time now.

“I’ll definitely draw from that opportunity and I’m definitely grateful for that,” he said. “Scott and I were able to deal with a little bit of everything during that time, whether it be things on the ice or things off the ice, so at the end of the day, that was a different animal, Tim was always coming back eventually, so this is a new opportunity, but I’ll certainly draw from that.”

O’Leary’s first game since being named head coach will be on Wednesday night when the Warriors host the Edmonton Oil Kings at Mosaic Place. Puck drops at 7 p.m.