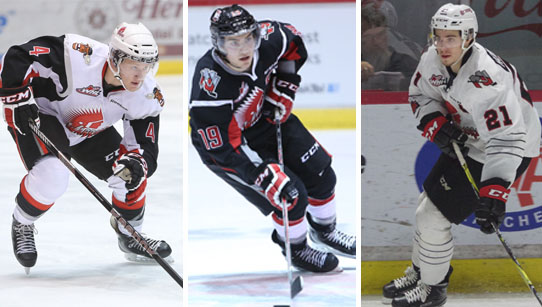 Nine former Moose Jaw Warriors made NHL Phase 4 rosters and will be headed to Edmonton and Toronto as they prepare for games starting Saturday, August 1st.

Burke has played the last two seasons with the Tucson Roadrunners, Arizona’s American Hockey League affiliate, this season he had 21 goals, 31 assists, and 52 points in 51 games.

Edmundson has played 337 NHL games in the last five years and was a member of the St. Louis Blues Stanley Cup Championship team last season.

He was traded to the Carolina Hurricanes this season and had seven goals, 13 assists, and 20 points in 68 games.

Hunt has spent the last four years between the Florida Panthers and their AHL affiliate, the Springfield Thunderbirds.  He has played in 21 games with the Panthers this season and has four assists.

He has played with the Islanders for the last six years, this season, he had two goals, nine assists, and 11 points in 64 games.

Brett was originally drafted by the Tampa Lightning in the 1st round of the 2016 NHL Entry Draft and was later traded to the New York Rangers during the 2017 – 2018 season.

He has spent the last two seasons with the Rangers, this season, he had nine goals, ten assists, and 19 points in 70 games.

Brouwer has spent the last 14 seasons in the NHL with Chicago, Washington, Calgary, Florida, and St. Louis, he has played in 851 NHL games and has 182 points, 181 assists, and 363 points.  He was a member of the Chicago Blackhawks 2010 Stanley Cup Championship team.

This season with the Blues, Brouwer has one goal in 13 games.

This season with Toronto, Rielly has three goals, 24 assists, and 27 points in 47 games.

He has been with Vegas for the last three years, this season, he has one goal, five assists, and six points in 49 games. 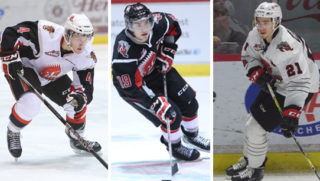