Mateychuk ready to lead the Warriors after returning from NHL 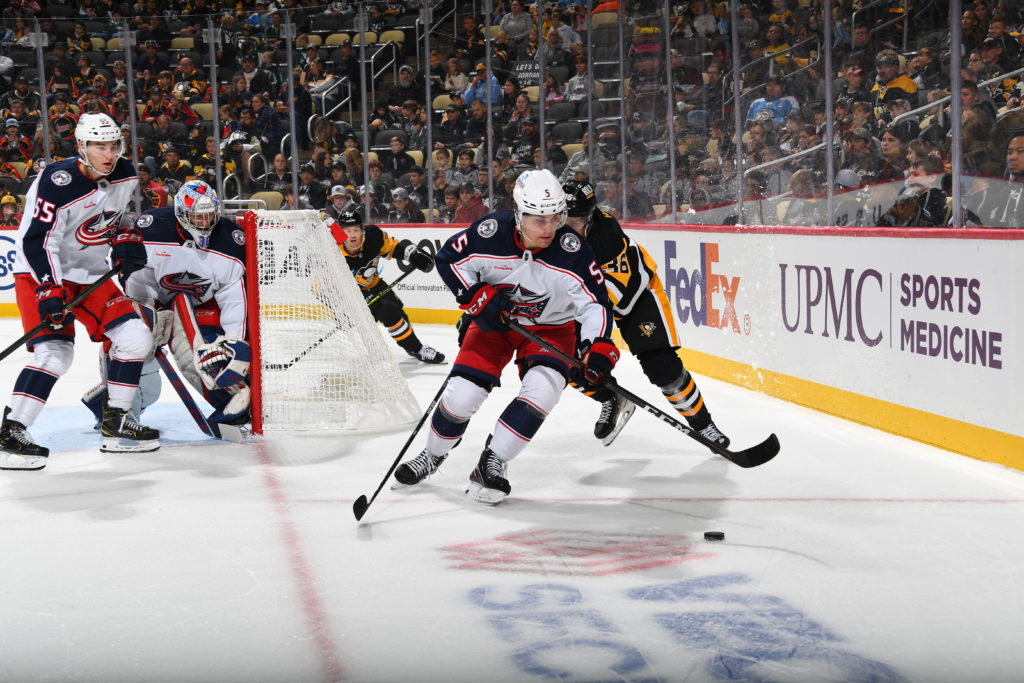 Denton Mateychuk had a new addition to his jersey when he suited up in his first game of the season with the Moose Jaw Warriors.

Mateychuk was named the 35th captain in Warriors’ franchise history after he returned to the team from training camp with the Columbus Blue Jackets.

“It’s a huge honour, I’ve been here since I was 15 and loved every second of it,” Mateychuk said on Monday. “It’s an honour and a privilege and just going to do the best I can to be a leader.”

The Dominion City, MB product is entering his third season with the Warriors. He said he will be the kind of captain that leads by example.

“I’ll lead by example on the ice, in the locker and in the gym,” Mateychuk said. “I’m also a pretty vocal guy, I like to have fun and talk to the guys.”

Mateychuk made his return to the lineup on Friday, picking up three assists in his season debut with the Warriors.

The 18-year-old defenceman was fresh off a two-week stint with the Blue Jackets where he got his first taste of an NHL training camp and suited up in two preseason games.

Coming back to Moose Jaw, Mateychuk said he’s going to lean on that experience throughout this season.

“To be a pro, everything you do has to be at that pro level,” he said. “Developing your whole game, playing faster, you’ve got to be able to make plays quick, be a pro and do it at that level.”

Mateychuk became one of the highest drafted Warriors in history this past summer when he was selected 12th overall in the first round of the 2022 NHL Draft.

Despite that, Mateychuk said he didn’t worry about high expectations going into his first training camp with Columbus.

“I didn’t really feel too much pressure and just tried to go do the same thing that I’ve always done,” he said.

Mateychuk started camp with the Blue Jackets at the Traverse City Prospects Tournament. He said he felt like he performed pretty well, making the jump up from major junior.

“The pace is obviously really good, it’s all top prospects for each team, so it was good,” Mateychuk said.

From there, Mateychuk joined the Blue Jackets for main camp. He said that was another step up.

“It definitely picked up even more, the control is just totally different, everything is done with some much details, little details,” he said. “Every time you go to make a play, the defenders know exactly what their job is and what they should be doing, they’re smart and really good at reading plays.”

The next step for Mateychuk was to make his NHL preseason debut, he played in two games with Columbus.

In his debut in Pittsburgh on Sept. 25, Mateychuk finished with 18:40 of ice time, had one shot on goal, one hit and two blocked shots. Then last Wednesday at home against Buffalo, Mateychuk played 17:45, had one shot and two hits.

He finished even in plus-minus through the two games.

Going into his first preseason game, Mateychuk said there was some nervous, excitement for sure.

“That’s one of those things that you dream of as a kid, putting on that NHL jerseys and going out there and playing, especially in a rink like Pittsburgh, I grew up watching Sidney Crosby and [Evgeni] Malkin, so it was cool to play in their rink and the atmosphere was awesome,” he said.

Mateychuk is ready to bring that pro mindset back to Moose Jaw.

“We have lots of guys that have been to camps, so they all see how those pros practice, they play, they prepare, all those things, so we’re going to have some of that in our locker room for sure this year,” he said.

The Warriors are back on the ice on Wednesday to host the Saskatoon Blades for the first time this season. Puck drops at 7 p.m. at the Hangar.