‘It’s such an honour’: Yager humbled by national award 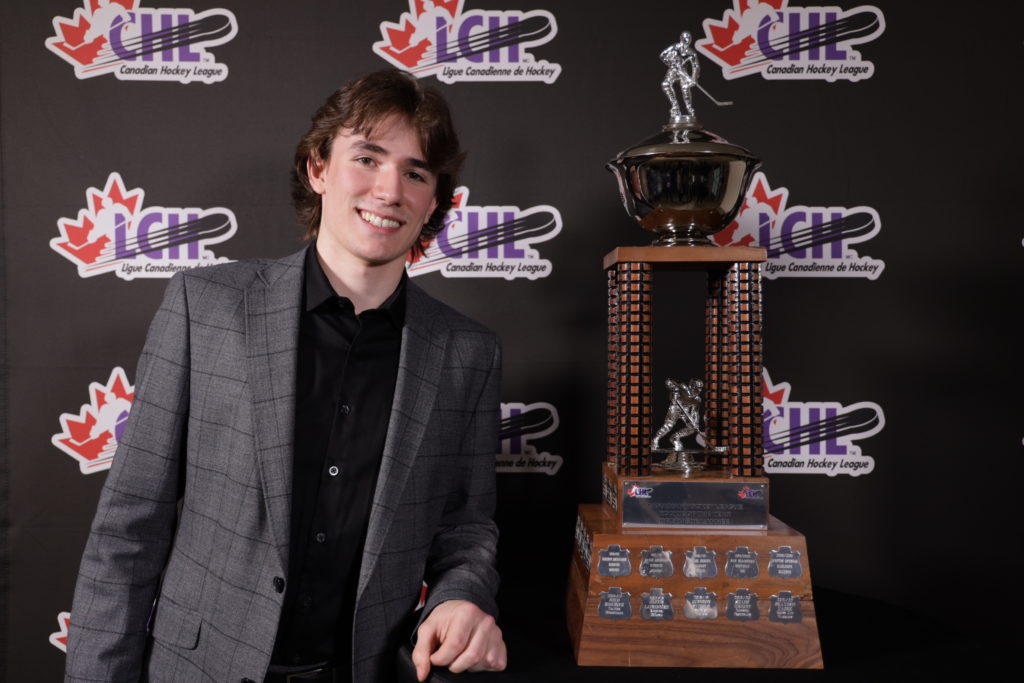 Brayden Yager’s rookie season for the history books continued to get better on Tuesday.

The Moose Jaw Warriors forward was named Canadian Hockey League Rookie of the Year at the 2022 CHL Awards as part of Memorial Cup week in Saint John, N.B.

“It’s a huge honour for sure,” Yager told CHL.ca. “You look at the class of the rookies among the WHL, and even the the CFL as well, so to be a part of that group, it’s an honour.”

During a season when he set the Warriors’ franchise record for most goals by a 16-year-old, Yager did something else that no other player in Warrior history has done by being named the CHL’s top rookie. He’s also the first player from the Western Hockey League to win the award since Brett Connolly of the Prince George Cougars in 2008-09.

Yager edged out Cam Allen from the OHL’s Guelph Storm and Jakub Brabenec of the QMJHL’s Charlottetown Islanders.

“To be recognized among all of Canada is huge,” he said. “To do it against such a good class of of rookies is it’s huge.”

Yager made his WHL debut in the Subway WHL Hub in 2021 as a 15-year-old, which allowed him to get his feet wet and learn about what it takes to play in the league.

He said that prepared him to hit the ground running in his rookie season.

“Getting back to traveling and going to away rinks and stuff like that [took some adjusting to], but the biggest thing for me was playing in front of the fans in Moose Jaw, it was incredible, we’ve got unreal fans and an unreal building, so it was awesome playing there every night,” he said.

Yager said there’s a lot of people who have helped him along the way to make Tuesday’s award win possible.

“Obviously my family, my mom, dad and my brother Connor, they sacrifice so much and they continue to do that and it means the world to me,” he said.

“My trainer Blaine White, he’s the best in the business, I train with him every day in the summer. Shane Endicott, we used to skate twice a week, we do once a week now because he’s got kids, but we skate at 5:30 in the morning, so for him to come out means a lot because he wants to make us better.”

Yager and the Warriors put together a stellar season in his first full year in the Western Hockey League. He said the focus is to continue to build off what they accomplished.

“We’re building for next year,” Yager said. “We’re looking to do big things next year, we’ve got a young core and have a really good chance.”

Yager will be back on the ice coming up in late July for Hockey Canada’s under-18 selection camp in Calgary.

The Warriors open the 2022 preseason in September.