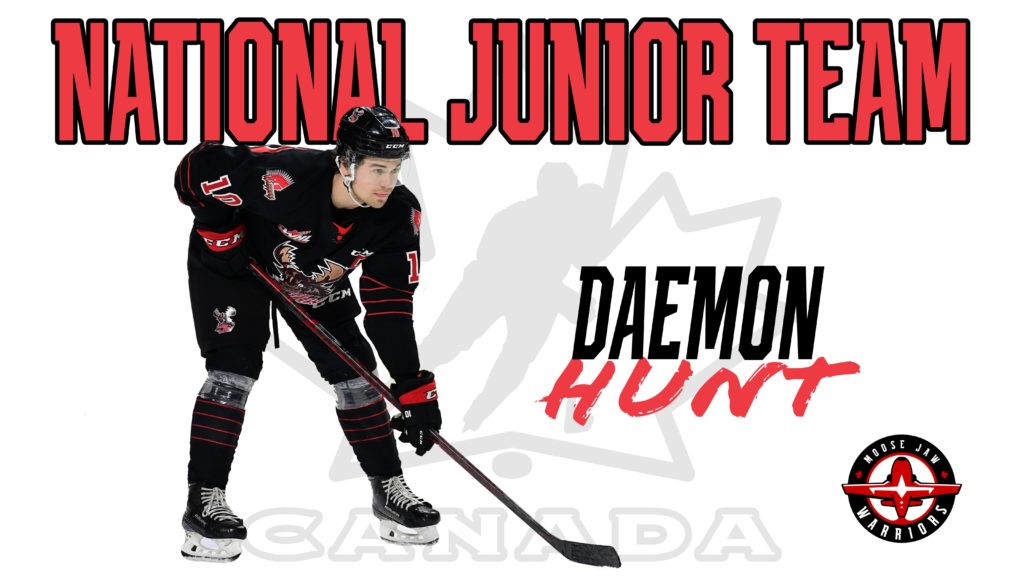 Daemon Hunt will get a shot at representing Canada at the World Junior Hockey Championship.

The Moose Jaw Warriors’ captain was named to the Canadian national junior team for the 2022 IIHF World Junior Championship in Edmonton.

Hunt is a third-round selection of the NHL’s Minnesota Wild and has served as the Warriors’ captain for the past two seasons.

Hunt has previously attended two selection camps for the national junior team but was injured in the final scrimmage at the camp this past winter.

The 2022 World Juniors, which were canceled due to COVID-19 last year, will restart on Aug. 9 in Edmonton and finish with the gold medal game on Aug. 20 at Rogers Place.