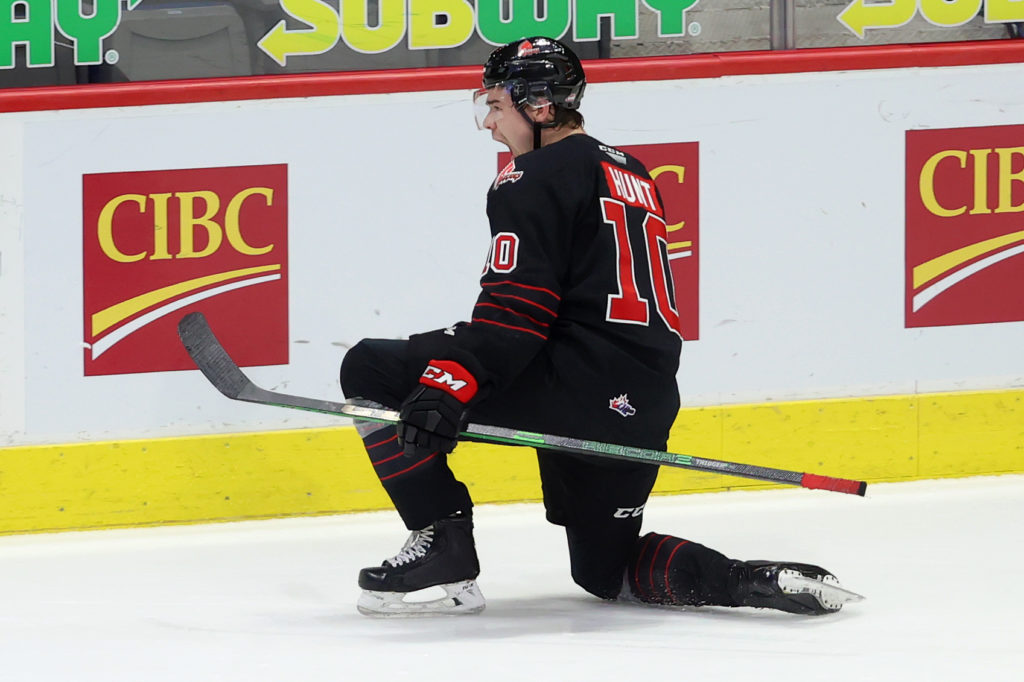 While most players didn’t have a chance to play much hockey during the COVID-19 pandemic, that wasn’t the case for Moose Jaw Warriors’ captain, Daemon Hunt.

Hunt made his professional debut, playing in six games with the Iowa Wild before joining the Warriors in the Subway WHL Hub.

“It was unbelievable,” Hunt said. “It’s a major step up from the Western Hockey League, the game is so fast, you have to play really fast to keep up with that hockey and that made me better.”

Hunt was selected in the third round, 65th overall, by the Wild in the 2020 NHL Draft. He signed a three-year, entry level deal with the team this spring.

Despite being drafted over a year ago and already playing some pro games, Hunt hasn’t been to Minnesota yet.

“I’m excited to get there and finally see the setup, see the city, meet all my teammates, meet the coaches,” he said. “It’s like starting over when I was 15 in Moose Jaw, so I’m excited for it.”

After getting a taste of the AHL, Hunt said he took a lot away from playing at that level.

Hunt is one of six Warriors attending NHL camps this season.

Ryder Korczak is off to the Big Apple for training camp with the New York Rangers after being taken in the third round, 75th overall, in the 2021 NHL Draft.

Korczak said he’s champing at the bit to get on the ice with the Rangers.

“I don’t know what to expect going down there, but I’m definitely nervous,” he said.

Korczak, who finished with three goals and 16 points in 17 games for the Warriors during the Subway WHL Hub, said he put in extra work in the gym over the offseason to make sure he’s ready to compete at the pro level.

“Getting drafted to New York is pretty special to me and my family, so it’s pretty exciting,” he said.

Hunt added that he focused on getting stronger and faster over the offseason to make sure he was ready to impress.

“My foot speed and my explosiveness, were my main focuses,” he said. “I have to give my trainer, Doug Crashley, a lot of credit, he knows what he does and he’s good at it.”

Hunt said he talked with his teammates about what to expect at the pro level.

“They’re all excited, of course there’s some nerves as expected, but they’re all good players, they know what they’re capable of, so I’m proud of them,” he said.