Gould ready for the national spotlight at Top Prospects Game 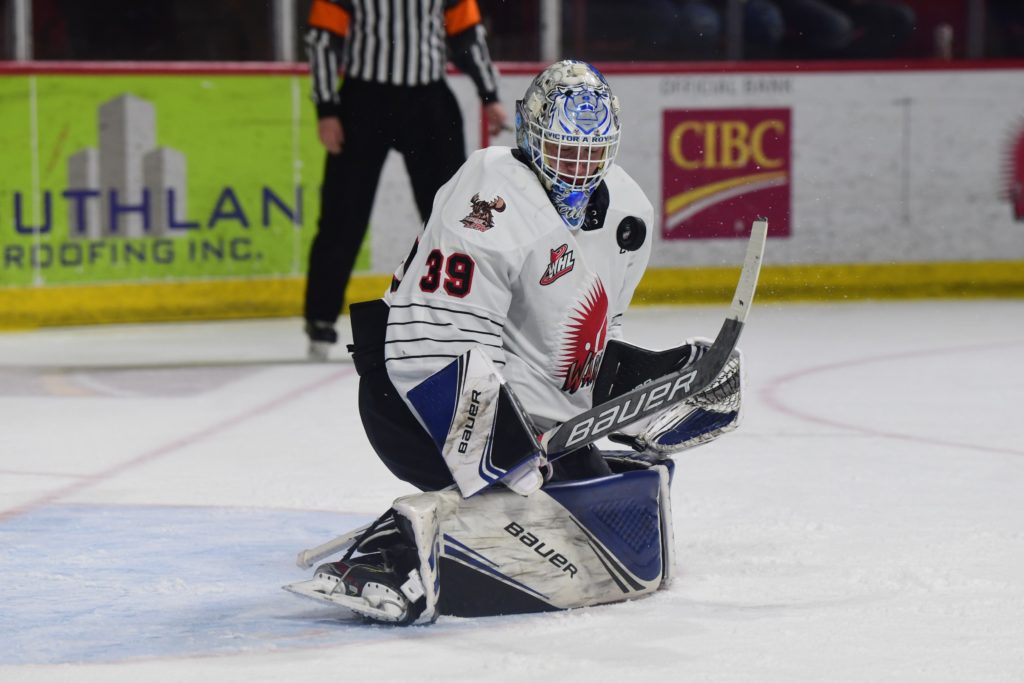 Gould was acquired by the Warriors last Thursday in a blockbuster deadline deal with the Victoria Royals. He made his debut with Moose Jaw on Saturday and now he will be heading to Hamilton for the 2020 Kubota CHL/NHL Top Prospects Game.

“I’m really looking forward to it,” Gould said on Monday. “The minute I got told I was going, I got this whole feeling of excitement and now that it’s finally here, I’m so excited and I can’t wait to get out there.”

The 18-year-old netminder is one of four goalies from across the Canadian Hockey League invited to take part in the showcase game for the top draft-eligible players. Warriors defenceman Daemon Hunt also earned an invite but will miss the game due to an injury.

Going into the game as a goalie, Gould knows that he needs to make the most of the time he gets in net.

Gould is in his second season in the WHL. He has a 3.17 goals-against average and a 0.893 save percentage in 16 games this season between the Warriors and Royals.

Last season as a 17-year-old rookie, the Colorado Springs, Colorado product posted a 3.77 G.A.A. and a 0.873 save percentage in 33 appearances for the Royals.

Gould says he is going to be focused on playing a simple game at the Top Prospects Game.

“I don’t want to get too focused on making a huge save, I want to stay controlled in the net, control as many rebounds and make my game as quiet as possible, that’s how you get a lot of people’s attention,” Gould said.

“When I first got in the league, I was pretty crazy in the net and I’m still working on reigning everything in, but that’s where I want my game to get is to be really controlled and quiet.”

Gould is the fourth-ranked North American goalie by NHL Central Scouting heading into the Top Prospects Game. There will be plenty of scouts at Thursday’s game, but he says he is going to try to keep things as light as possible to avoid playing with nerves.

“You just have to have a clear mind, try to get back to its just hockey, it’s just a game that you love playing and one of my mottos is just have fun because that’s when I’m playing my best, so I’m just going to go out there and have fun,” Gould said.

“It’s huge for me, that’s something I tend to get caught up with, almost reading too much into it, when its just a game and you got to go out and have fun.”

The top 40 draft-eligible players in the CHL meet for the 2020 Top Prospects Game on Thursday night in Hamilton, Ont. Puck drops at 6 p.m.

The Warriors return to action on home ice this weekend when they host the Prince George Cougars on Friday and the Brandon Wheat Kings on Saturday.