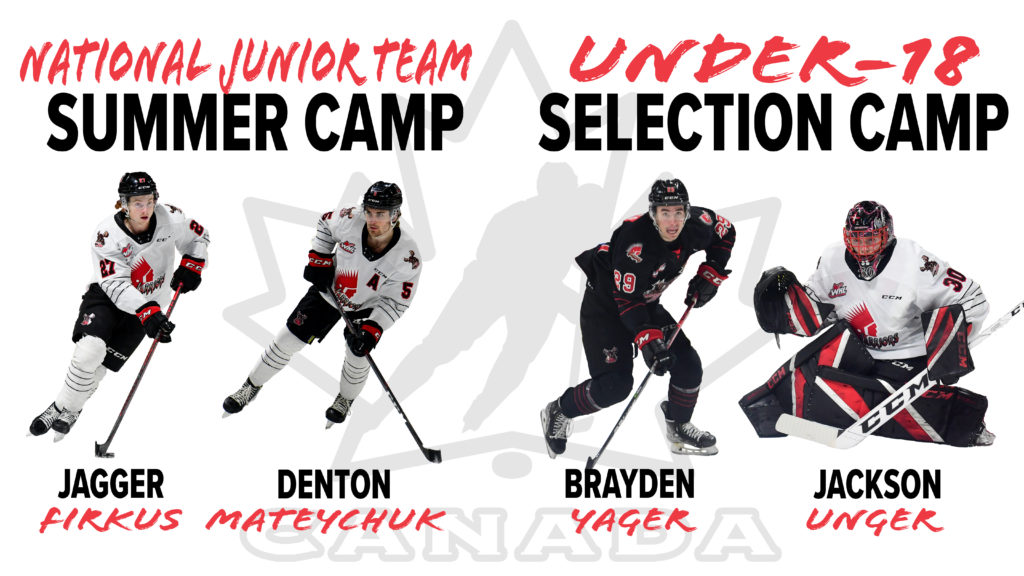 The Moose Jaw Warriors will be well represented next month when Hockey Canada hosts a pair of camps in Calgary.

Brayden Yager and Jackson Unger will be looking to crack Canada’s roster for the 2022 Hlinka Gretzky Cup in Red Deer when they join 42 other players at the National Men’s Summer Under-18 Team selection camp, running from July 20-23.

Yager is coming off a Rookie of the Year campaign that saw him post 34 goals and 59 points in 63 games.

Unger joined the Warriors midway through the season and registered an 8-7-0-0 record, a 3.60 goals against average and a 0.891 save percentage in 18 games. He picked up one shutout as well.

“We are excited to bring together a group of 44 athletes with a solid foundation of junior and international experience for selection camp,” Hockey Canada’s director of player personnel Alan Millar said. “As our players are preparing to compete in short-term competition, we know all 44 players will come to camp ready to compete for a spot on the team and the opportunity to wear the Maple Leaf in international competition.

There will be four goaltenders, 14 defencemen and 26 forward vying for a chance to wear the maple leaf.

Denton Mateychuk and Jagger Firkus are among 44 players that will take part in Canada’s National Junior Team summer camp from July 23-27.

“This is an exciting first step as we begin preparations for the upcoming season and the opportunity to compete at the 2023 World Juniors on home ice in Halifax and Moncton this December,” Millar added. “We are excited about this group of players, and we look forward to returning to the ice for a highly-competitive camp to kick off a new season.”

Mateychuk was one of the highest scoring defencemen in the Western Hockey League with 13 goals and 64 points in 65 games during the 2021-22 season.

Firkus led the Warriors in scoring with 36 goals and 80 points in 66 games for the Warriors.

Warriors’ 2018 fifth round pick Corson Ceulemans, a first round pick of the Columbus Blue Jackets, will also be taking part in the National Junior Team summer camp.