For WHL alumnus Tetachuk, University of Calgary was the right fit 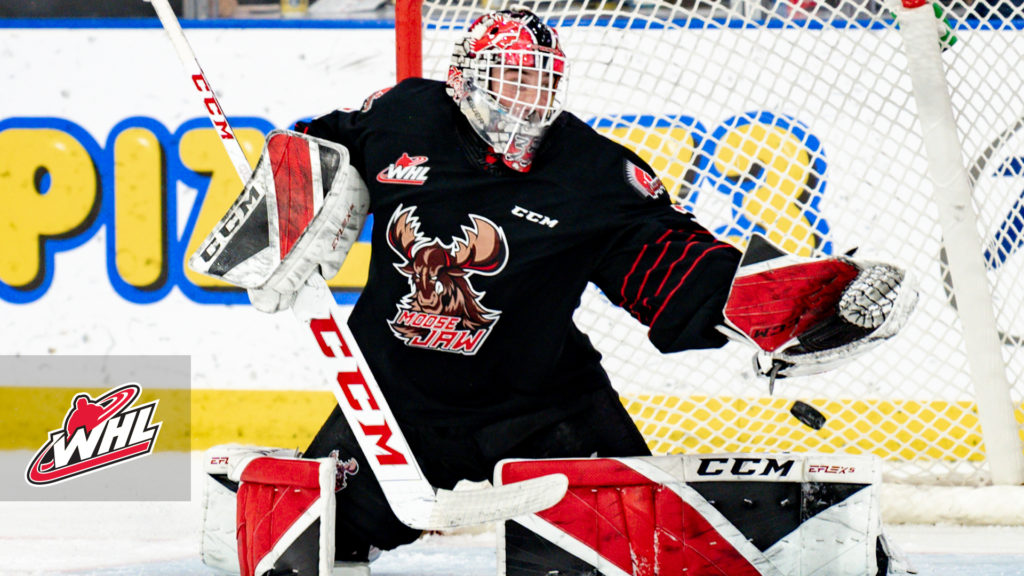 After criss-crossing the Prairies as a WHL goaltender for four years, Carl Tetachuk is loving life back home in his home province of Alberta.

Tetachuk, who played three seasons with his hometown Lethbridge Hurricanes before graduating from the WHL as a member of the Moose Jaw Warriors in 2021-22, has enjoyed a strong start to the 2022-23 Canada West Men’s Hockey season with the University of Calgary.

His Dinos put a nine-game winning streak on the line this weekend against the first-place Alberta Golden Bears, with a home-and-home set slated for Friday in Calgary and Saturday in Edmonton.

Tetachuk is ranked second in U SPORTS with eight wins from his 10 outings with Calgary (11-3-0), who enter the weekend ranked fifth in the nation.

He’s been the winning netminder in each of his last seven starts, most recently in an 11-save performance at Trinity Western November 18.

Make it eight in a row for the Dinos as Carl Tetachuk blanks the Trinity Western Spartans!#GoDinos pic.twitter.com/gA9AueASr7

“It’s been really good so far,” the 21-year-old told WHL.ca earlier this week.

“Coming into this season, I had played against most of these guys so I knew the kind of group we had, it’s a great group with lots of skill.”

As a Warrior, Tetachuk enjoyed a career year in 2021-22, winning 29 games, posting three shutouts and helping Moose Jaw reach the Second Round of the 2022 WHL Playoffs, all stats that he credits for his strong start on the ice with the Dinos.

But as he dives headlong into campus life, while taking advantage of the WHL Scholarship, the first-year Arts student says the transition from the WHL to U of C has been relatively smooth.

“It’s a big change, for sure,” Tetachuk admits, “you’ve got to get used to the schedule, school and practice. But I’ve enjoyed every minute of it so far.”

Tetachuk is one of 20 players on the Dinos roster to have played in the WHL, a list that includes a quartet of WHL Champions in Connor Gutenberg (Brandon, 2016), Carl Stankowski (Seattle, 2017) as well as 2018 Swift Current Broncos teammates Connor Horning and Max Patterson.

Each of those players is taking advantage of the WHL Scholarship.

“It’s nice to have that [educational] door open,” Tetachuk noted, “while still being able to follow your dreams in hockey.”

Dinos Male Athlete of the Week

Carl Tetachuk picked up his first win in Canada West on Saturday night, stopping 42 shots for @DinosMHKY against the Saskatchewan Huskies.#GoDinos pic.twitter.com/i7MmrOIwEj