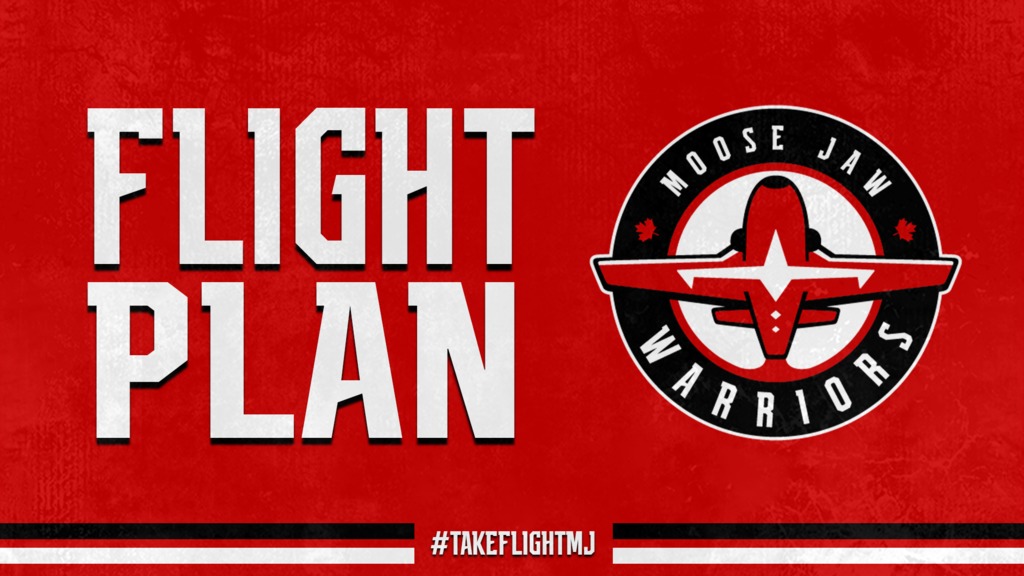 The Hangar will be quiet for the next two weeks as the Moose Jaw Warriors embark on a seven-game, 14-day road trip to the B.C. Division. This week’s Flight Plan (Nov. 21-27) looks ahead to the team’s return:

The Warriors will return to the Moose Jaw Events Centre on Friday, Dec. 9 to kick-off the holiday season with the annual Teddy Bear Toss Night, sponsored by Murray GM, when the Calgary Hitmen come to town.

Fans are encouraged to bring stuffed animals, toques and mitts that will be donated to the Salvation Army in support of their hamper program.

The Warriors will also host the Spokane Chiefs on Tuesday, Dec. 13 for another Two For Tuesday game and then finish up the pre-Christmas schedule at home against the rival Regina Pats on Friday, Dec. 16. 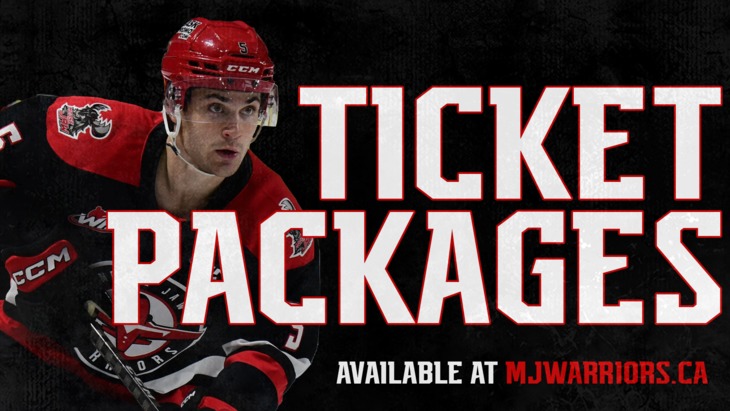 Interested in coming to a Warrior game with a large group? We have group packages available.

The Warriors’ family packages are a great way to have a fun night out with your family. Packages include two adult and two child/student tickets, as well as pop and hot dogs or popcorn.

Don’t want to commit to a season ticket? A six or 12-game flex package is the way to go. The vouchers can be redeemed for any Warriors home game.

The Warriors finished off last week on a high note, sweeping a home-and-home set against the Swift Current Broncos.

Moose Jaw skated to a 5-4 win over the Broncos for Hockey Fights Cancer Night on Friday and then followed that up with a dominating 6-0 win in Swift Current on Saturday.

Those two wins came after the team opened the week with a 2-1 loss on home ice to the Prince Albert Raiders on Tuesday. 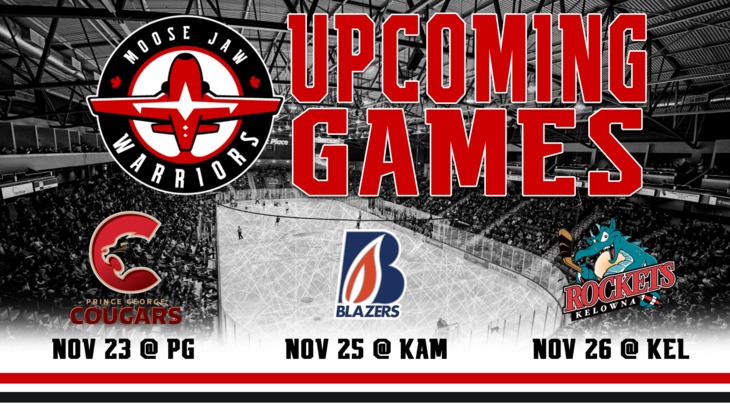 The Warriors are heading west for the next two weeks. The team will open it’s longest road trip of the season on Wednesday in Prince George against the B.C. Division-leading Cougars.

Moose Jaw will then travel into the B.C. Interior to take on the Memorial Cup hosting Kamloops Blazers on Friday.

The week ends with a showdown against the Kelowna Rockets on Saturday.

Tune into all the Warriors action throughout the season, whether it’s home or road, on WHL Live and Country 100.

Voice of the Warriors James Gallo is on the road with the team will bring you all the action each night.